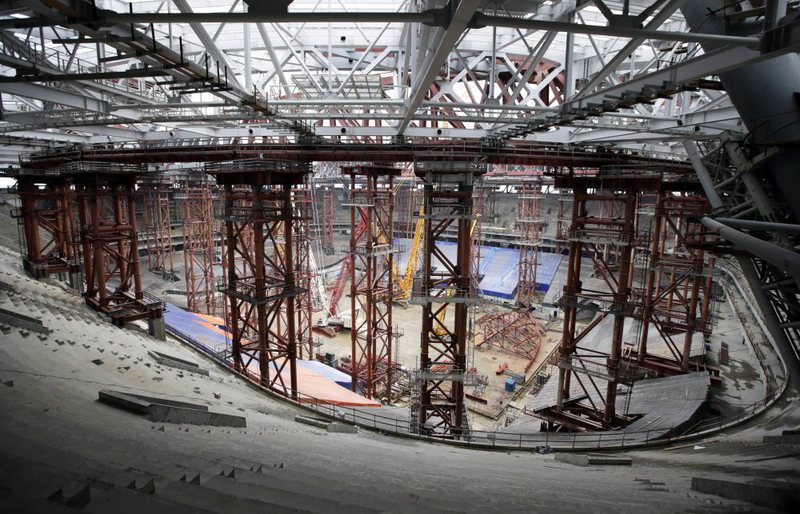 by Daily Sabah with Agencies Feb 10, 2016 12:00 am
Russia, the host country of the 2018 FIFA World Cup, is in need of more Turkish workers to help in the construction part of the preparation process for the football showpiece.

The Russian contractor company Crocus International, which has been carrying out most of the construction work of the facilities and stadiums, applied to the legal authorities in the Rostov and Kaliningrad districts of Russia in order to authorize the increase in the quota imposed on the number of Turkish workers. Regarding the issue, the Russian company announced that they need 1,000 more Turkish workers for the completion of the construction work going on.

On the other hand, the Labor and Social Security Ministry, responsible for the issuing of the legal licenses for foreign workers, asked for the reason for the demand from Crocus International. According to the announcement made by the ministry, they can evaluate the application in favor of increasing the quota if the reason is found to be based on logical grounds.
RELATED TOPICS