Questions grow over banks as profit warnings pile up 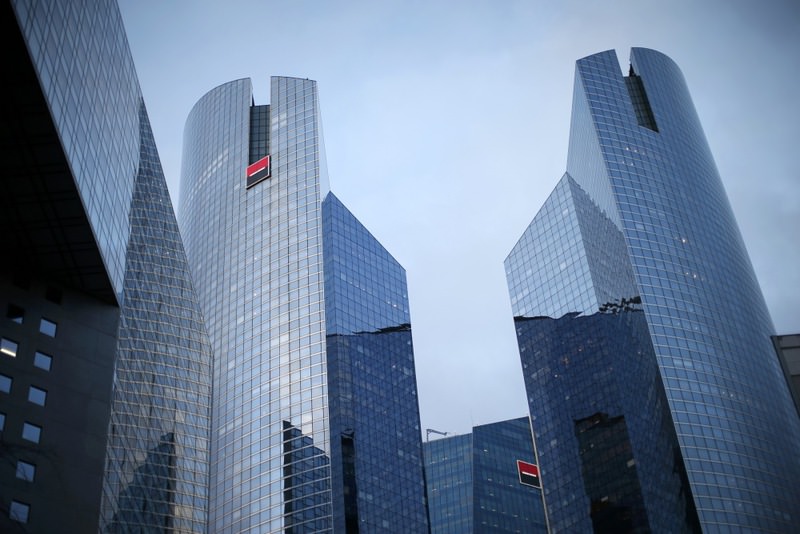 by Associated Press Feb 12, 2016 12:00 am
Questions are growing over the financial health of banks, particularly in Europe, as they face a toxic mix of low economic growth, bad loans and squeezed earnings.

European banks are not the only ones to suffer. Japanese bank Mitsubishi Financial fell 7 percent on Thursday. ın the U.S., Morgan Stanley is down 22 percent so far this year and is due to drop when U.S. markets open.

Among the top concerns is that the global economy will weaken more than expected, souring some of the loans that banks have issued to companies around the world '€' particularly in distressed sectors like the energy industry.

On Wednesday, Yellen cautioned that global weakness and falling financial markets could depress the U.S. economy's growth and slow the pace of Fed interest rate hikes. That's a particularly concern as the U.S. economy has been one of the few bright spots in the global economy, which is seeing a slowdown in China and stagnation in Japan and Europe. The fact that central banks are cutting interest rates further, pushing down market lending rates, is further hurting banks by squeezing their profits. Banks earn money by lending, and as the rates drop, they make less money.

The situation is worsened in some regions, particularly the eurozone and Japan, where the central banks charge commercial banks to leave money with them. Analysts at Capital Economics say that should the European Central Bank cut interest rates further into negative territory "this could have adverse effects on banks' profitability."

Citing ECB chief Mario Draghi's recent statements that the central bank was ready to take more action in March, the analysts said the central bank "seems prepared to squeeze banks' profitability further in the short term in order to support the economy."

The Stoxx index of European bank shares is down 20 percent in the last month, when Draghi first mentioned chance that the ECB might try to offer more stimulus to lower market rates.

ın some markets, bad loans are already piling up '€' or have not been dealt with effectively since the global financial crisis. That's the case in ıtaly, where banks are estimated to hold some 350 billion euros in soured loans, or more than 30 percent of the eurozone's total. The government is trying to mop up those bad loans, but the banks are seeing their shares slide in the meantime. Banca Monte del Paschi, which was down 9 percent on Thursday, is down 60 percent so far this year.

More narrowly, some banks are being targeted for complex financial investments they have made in recent years. That's the case of Deutsche Bank, which has seen the value of its so-called contingent convertible bonds fall sharply. The bank has some 350 million euros in payments on such bonds due by April 30, and had to issue a statement Monday evening assuring it had the money to pay. Deutsche Bank's shares were down 9 percent, bringing its drop this year to 41 percent.
RELATED TOPICS