Unlike Apple, Bill Gates says US government should be allowed to hack phones 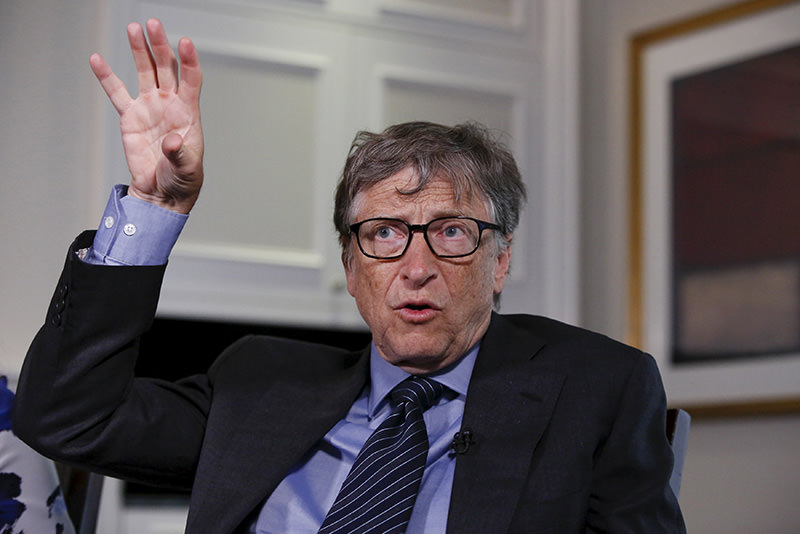 by Feb 23, 2016 12:00 am
Microsoft founder Bill Gates has said the US government should be allowed to hack into an Apple iPhone belonging to a gunman who carried out a deadly shooting in California.

Gates' view sets him at odds with those of bosses at technology firms Google, WhatsApp and Facebook who have expressed support for Apple's refusal to create a new way - referred to by some as a "back door" - into the iPhone's security system.

In an interview with the Financial Times published Tuesday, Gates denied that the request would set a precedent.

"No one's talking about a back door," Gates said. "They [the FBI] are not asking for some general thing, they are asking for a particular case," Gates said, echoing an argument put forward by the US authorities.

A federal judge last week ordered Apple to help the FBI crack the encryption on the iPhone belonging to Syed Rizwan Farook, who along with his wife killed 14 people in San Bernardino, California.

The FBI believes there may be data encrypted on the device that could help their investigation into the December shootings.

"Could be a troubling precedent," he wrote on Twitter.

WhatsApp chief executive Jan Koum agreed that "we must not allow this dangerous precedent to be set. Today our freedom and our liberty is at stake."

Speaking at a technology conference on Monday, Facebook chief Mark Zuckerberg said he was "pretty sympathetic" to Apple's concerns. œI don™t think building back doors is the way to go," he was quoted as saying in the New York Times.

The Wall Street Journal reported Monday that the FBI is trying to force Apple to give it access to about a dozen iPhones in unrelated cases. The cases do not involve terrorism charges, the newspaper quoted unnamed sources as saying.
Last Update: Feb 23, 2016 8:47 am
RELATED TOPICS