Up to 90 million more Takata airbag inflators may face recalls 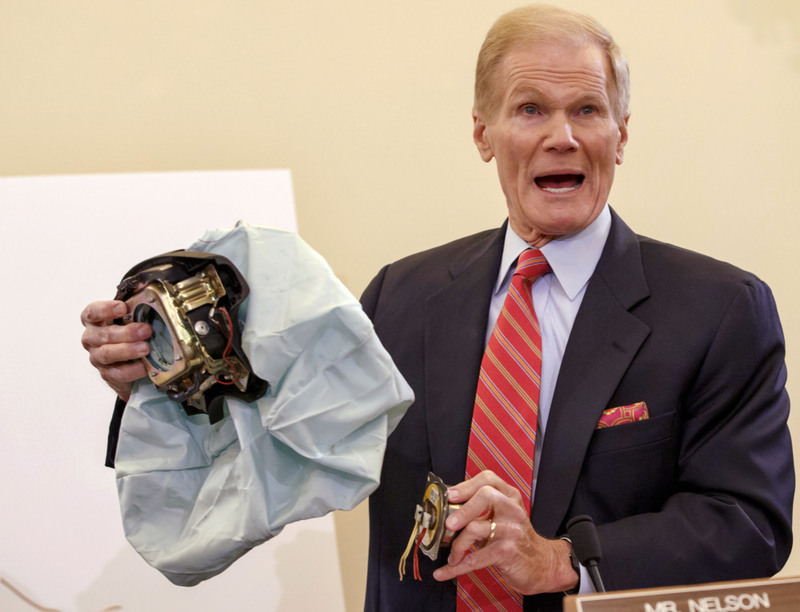 An additional 70 million to 90 million Takata airbag inflators should be recalled by U.S. auto safety regulators, according to an exclusive story. That would nearly quadruple the 29 million inflators recalled so far

U.S. auto safety regulators are examining whether an additional 70 million to 90 million Takata Corp airbag inflators should be recalled because they may endanger drivers, according to a person with knowledge of the matter. That would nearly quadruple the 29 million inflators recalled so far and linked to nine deaths in the United States. In all, as many as 120 million Takata inflators in U.S. vehicles contain the same volatile chemical - ammonium nitrate - used in inflators that automakers have recalled, according to company documents reviewed by Reuters and verified by two former Takata managers. The total number has not been previously reported.

The Japanese supplier, one of the world's largest airbag manufacturers, has said some inflators can rupture and explode with excessive force, spraying metal shards at vehicle occupants. The number of vehicles affected remains unclear because many have more than one inflator, and not always from the same manufacturer. Before recent recalls of 5.4 million inflators, federal regulators said about 24 million defective Takata inflators were used in about 19 million vehicles that have been recalled since 2004.

The former managers described "chronic" quality failures at Takata's North American inflator plants, an assessment reflected in dozens of company emails and documents dating back to 2001. Those problems, the former managers said, make it difficult for the company and regulators to pinpoint which inflators - among tens of millions - pose a danger.

Takata declined to comment when asked about the possibility of massive additional recalls and whether another 70 million to 90 million inflators still in vehicles could endanger drivers. A torrent of new recalls could cost the company billions of dollars and add years to the replacement process. The company said in a statement that it is "cooperating fully with regulators and our automotive customers and continues to take aggressive action to advance vehicle safety."

Takata cited its agreement with regulators in November to pay a $70 million penalty to NHTSA in a settlement that included its commitment to stop making inflators that use ammonium nitrate by 2018. It also pledged to declare all remaining ammonium nitrate inflators defective by 2019 unless it can demonstrate they are safe. The National Highway Transportation Safety Administration continues to investigate all Takata inflators using ammonium nitrate, but it has not yet found sufficient evidence to direct automakers to recall the remaining inflators, said spokesman Gordon Trowbridge. "This issue will take years to resolve," Trowbridge said.

Takata produced between 260 million and 285 million ammonium nitrate-based inflators worldwide between 2000 and 2015, of which nearly half wound up in U.S. vehicles, one of the former Takata managers told Reuters, citing the company's production records. Takata supplied those inflators to more than a dozen automakers, according to company documents reviewed by Reuters. Its single largest client was Honda Motor Co, which still owns a minority stake in Takata and has recalled more than 8 million defective Takata inflators in the U.S. Takata produced most of the inflators that regulators are now investigating at its main inflator plant in Monclova, Mexico or at plants in Georgia and Washington state, according to company documents. The documents noted persistent quality failures at those plants, which a former Takata official said contributed to inflator ruptures.