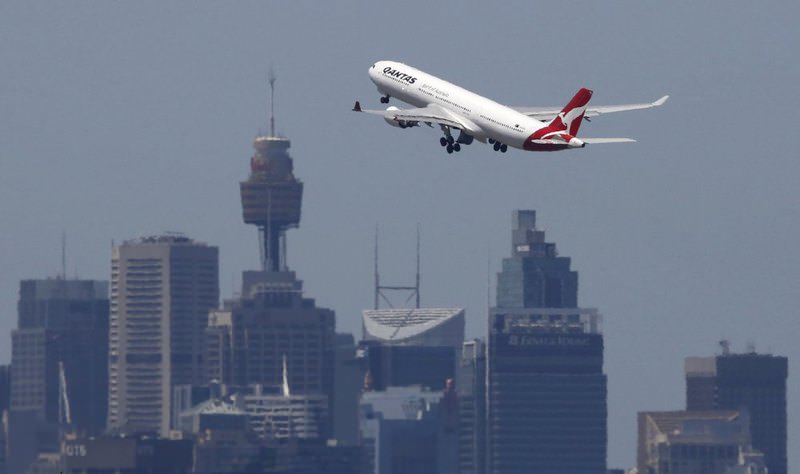 by Associated Press Feb 24, 2016 12:00 am
Qantas Airways Ltd. yesterday reported that its latest half-year profit had more than trebled to a record 688 million Australian dollars ($497 million) on the back of low fuel prices and a falling Australian dollar.

The Australian airline's net profit for the six months through December was up 239 percent on AU$203 million for the previous corresponding half year, boosted by the AU$448 million saved through hedging on lower fuel prices. Qantas also approved a AU$500 million share buyback starting in March. The Sydney-based company attributed AU$261 million in cost and revenue benefits to its ongoing restructuring. Underlying profit before tax was AU$921 million, in the upper end of the airline's guidance of AU$875 million to AU$925 million.

Qantas opted against paying an interim dividend and instead will hand over cash to shareholders in the form of a buyback to start in March.
RELATED TOPICS