As sea levels rise, economic damage piles up even faster 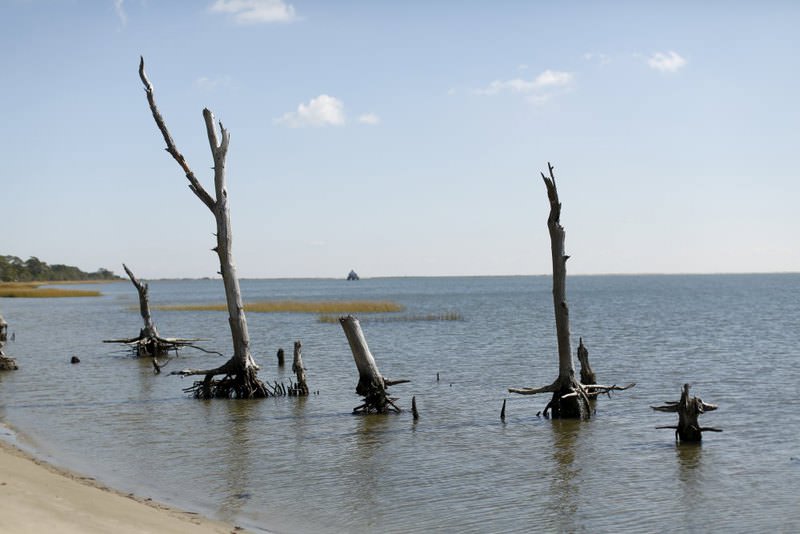 by Mar 01, 2016 12:00 am
As sea levels rise, threatening cities from New York to Shanghai, the economic damage will increase even faster, scientists said yesterday. Extreme floods whipped up by storms will become ever more costly for cities as ocean levels edge up around the world's coasts in coming decades, they wrote in a study that could help guide governments budgeting to protect everything from buildings and basements to metro systems.

"The damage from sea level rise rises faster than sea level rise itself," co-author Juergen Kropp, part of a team at the Potsdam Institute for Climate Impact Research, told Reuters of the findings. For the Danish capital Copenhagen, for instance, a moderate sea level rise of 11 cm (4 inches) by 2050 from 2010 levels would cause about a billion euros ($1.1 billion) a year in extra damage if no protective action is taken, the study estimated.

But the costs would quadruple to 4 billion euros if the rate of sea level rise roughly doubles to 25 cm by 2050, in line with the worst scenarios projected by a U.N. scientific panel, they wrote in the journal Natural Hazards and Earth System Sciences. World sea levels are creeping higher, the U.N. panel says, partly because global warming is adding water to the oceans by melting glaciers from the Andes to the Alps and parts of vast ice sheets on Greenland and Antarctica. The Potsdam scientists said that mathematical models they developed to estimate rising costs would work around the world. "You can apply it in Tokyo, New York or Mumbai," Kropp said.

The exact costs of sea level rise, which could in the worst case reach about a metre by 2100, are extremely uncertain. One study in 2014 estimated it could cost anywhere from 0.3 percent to 9 percent of world gross domestic product a year by 2100.

Jochen Hinkel of the Global Climate Forum in Berlin, the lead author of that study, said it illustrated vast risks but was based on the implausible assumption that governments would take no protective action. Building coastal barriers would be far cheaper, Hinkel said. "People have adapted to sea-level rise in the past and will do so in the future," he said, noting protective measures for cities such as Tokyo or Jakarta, which have been sinking relative to sea level because of local subsidence.