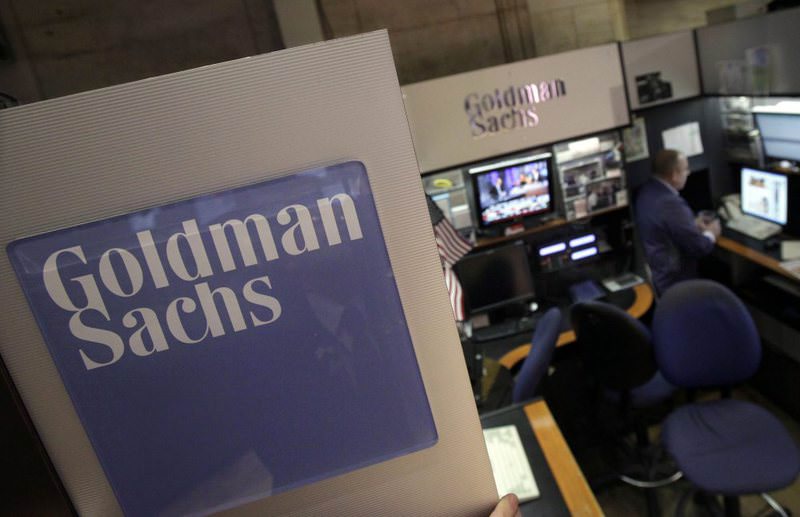 The Libyan Investment Authority, created in 2006 to oversee the country's oil riches, accused Goldman Sachs of duping it into making investments that its ,naive, staff did not understand.
by Mar 08, 2016 12:00 am

The Libyan Investment Authority (LIA) wants to pursue Goldman Sachs and Societe Generale in the English courts for more than $3 billion it claims was mismanaged. Both banks have rejected the allegations. The fund, however, is mired in a power struggle between two rival chairmen, Hassan Bouhadi and AbdulMagid Breish. The dispute mirrors the fragmented nature of the country following the fall of Muammar Gaddafi in 2011. Bouhadi was appointed as head of the LIA in October 2014 by the LIA's board of trustees, populated by leaders of the House of Representatives. But his Tripoli-based rival Breish says he is in charge, reinstated as head of the fund following a decision by Libya's Court of Appeal.

Bouhadi initiated proceedings in London's Commercial Court in September 2015 to determine this question of authority. The issue needs to be settled to provide the legal clarity to allow the litigation against the two investment banks to move forwards. If the LIA wins these cases it could result in an award of billions of pounds.

As an interim measure, advisers BDO were appointed by the court in July 2015 to manage the litigation on the LIA's behalf. This has allowed the pre-trial work on the bank litigation to continue, such as the taking of witness statements and gathering of expert evidence.

At the time of BDO's appointment, it was hoped Libya would soon form a national unity government and determine the question of LIA leadership for itself, but hardliners are resisting a formal vote in Libya's elected parliament to endorse the new UN-backed government.

In the absence of any decision from Libya, an English court now has to rule on who has the authority to bring the litigations against the banks, regardless of the merits of those cases.

To do this, the judge, William Blair, the brother of former British prime minister Tony Blair, must first decide which is the legitimate government of Libya, using some procedures once developed to decide who was in charge in Somalia.

He will consider who has the constitutional right to govern in Libya; who has administrative control; whether there is any indication from the British government as to what it regards as the legitimate government; and what the international community regards as the legitimate government. The case could run into a second week, and a judgment is not expected immediately. The judgment may also be appealed against.