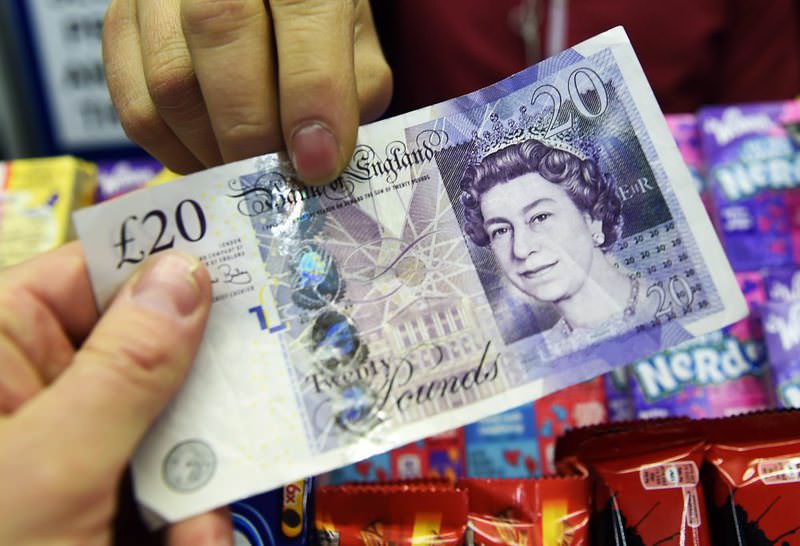 by French Press Agency - AFP
Mar 08, 2016 12:00 am
The head of a major British business group resigned from his post on Sunday after publicly backing leaving the European Union, sparking a row over whether he had stepped down due to political pressure.

John Longworth stepped down as head of the British Chambers of Commerce (BCC) after he expressed support for Britain leaving the EU at the group's annual conference, despite the BCC's official stance of neutrality. In a statement, BCC president Nora Senior said "no politician or interest" had influenced Longworth's decision, saying that his expression of pro-Brexit views was "likely to create confusion" on the group's neutral stance.

Prime Minister David Cameron's office was forced to deny that it had leaned on the BCC to suspend Longworth following his remarks. "We are clear no pressure was put on the BCC to suspend him," a Downing Street spokesman said. But Eurosceptic politicians dismissed the defense, claiming that Longworth had been a victim of "Project Fear" - the nickname they have given the campaign to stay in the EU because of its focus on the security and economic risks of ending Britain's 43-year-old membership in the European bloc. "Well done Downing Street. You got your man," wrote Douglas Carswell, a minister of parliament for the Eurosceptic United Kingdom Independence Party (UKIP), on Twitter. "This is what Project Fear looks like. Nasty people in Number 10."

Earlier on Sunday, London mayor Boris Johnson, the leading advocate of the campaign for Britain to leave the EU, said that Longworth's suspension was "absolutely scandalous." "It cannot be right that when someone has the guts to dissent from the establishment line, he or she is immediately crushed by the agents of 'Project Fear,'" Johnson said in a statement.

Cameron and Johnson are both members of the Conservative Party but they have long been rivals, and the campaign for the June 23 referendum has pitted them head-to-head. The prime minister has accused Johnson of being motivated by a desire to one day replace him in Downing Street, but the mayor dismissed the allegation on Sunday as "cobblers." "To the best of my knowledge there is not a single EU leader in the last 20 years who has had to step down as a result of a referendum, whether on Europe or not," Johnson said in a BBC interview.

Speaking to the same program, German Finance Minister Wolfgang Schaeuble repeated the warning he issued to British business leaders this week that a 'Brexit' would send shockwaves across the EU. "For years we would have such insecurity that would be a poison to the economy in the U.K., the European continent and for the global economy as well," he told the BBC, speaking in German. However, Johnson said the referendum was "a golden opportunity to shrug off a regulatory, legislative burden that is profoundly undemocratic." The mayor added: "This is like the jailer has accidentally left the door of the jail open and people can see the sunlit land beyond, and everybody is suddenly wrangling about the terrors of the world outside. Actually, it would be wonderful."