Siemens ready to bid for high-speed train tender in Turkey 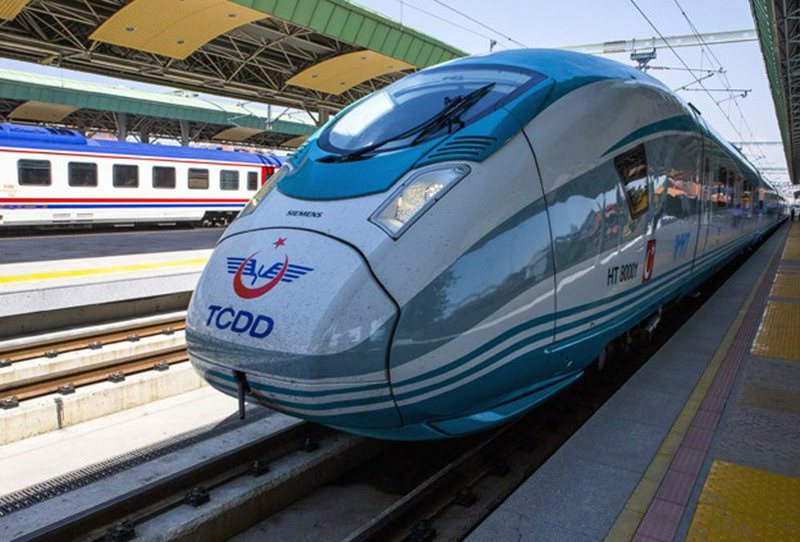 by Daily Sabah Mar 08, 2016 12:00 am
Siemens transportation division CEO Cüneyt Genç said the company was eager to bid for 80 high speed-train purchase tenders from the Ministry of Transport, Maritime and Communication in mid-2016. "We are eager to bid, and we are currently evaluating [the tenders]," Genç told Reuters.

The companies that want to participate in the tender are expected to find a partner in Turkey, and produce in a facility that they will build in the country according to agreed terms. "Our evaluations to find a domestic partner are in progress," Genç said.

Turkish State Railways (TCDD) purchased seven high speed-trains from Siemens in 2013. Entering the Turkish high speed-train market with this purchase, Siemens has delivered one of the trains and is planning to deliver the other six within 2016. Genç said that the winning company should establish a production facility, but Siemens has already built a tramway factory in Gebze independently. "We decided to establish this factory using our own initiative, not as a pre-condition of a tender," Genç added.

Siemens started building the factory with a 30-million-euro investment in 2015 and aims to start production in late-2017. The Transport, Maritime and Communication Ministry has so far been using high speed trains between Istanbul-Ankara and between Ankara-Konya lines. Along with the spread of the high speed-train network, the program covers the purchase of 106 more high-speed trains, 80 of which will be tendered in mid-2016. Transport, Maritime and Communication Minister Binali Yıldırım earlier said that the tender value could reach $5 billion to $6 billion. So far, three companies have announced their participation in the tender. While Spanish Patentes Talgo will join the tender with Tümosan and Canadian Bombardier will join with Bozankaya. French company Alstom has not announced its domestic partner yet.

Turkey is trying to build an industry which can produce technology by joint production and a certain amount of domestic material usage as per conditions included in the tender. Stating that Turkey was among a few rare countries that had the same kind of goals, "Turkey's chance to pull this off is quite high. It just needs the investment which will carry the accumulation of knowledge into the country," Genç said.

Recalling the estimations in terms of the pace of private transportation development and the scale of the railed vehicles market, Genç added: "Numbers from 300-500 to 5000 are articulated within a wide range regarding the need for locomotives in the next 5 to 10 years. Even the sub-level of this range is a globally important market."
RELATED TOPICS