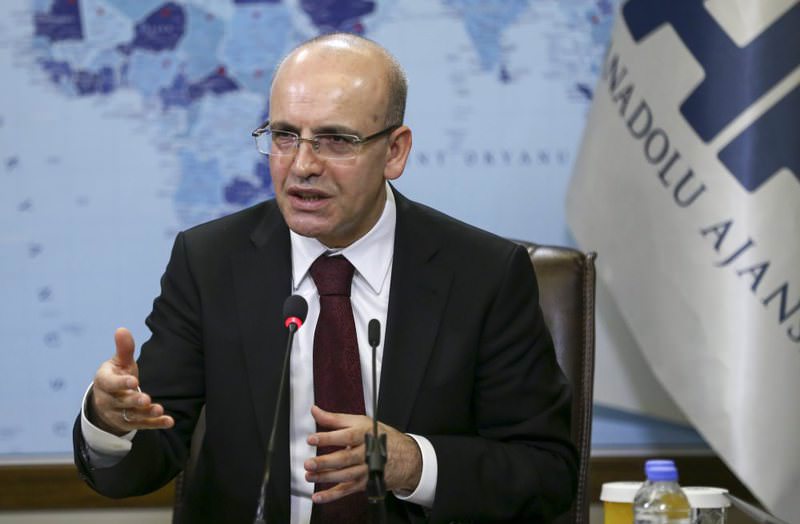 The deputy prime minister in charge of the economy, Şimşek, stressed the high growth potential of Islamic banking, saying its share in the banking sector is expected to increase from 5 percent to 15 percent in the medium term

Highlighting that the share of Islamic banks within the banking and financial system is nearly 5 percent, deputy prime minister in charge of economy, Mehmet Şimşek, said: "Our president [Recep Tayyip Erdoğan] set a goal for a 25 percent share of Islamic banking in the long-term, but we will take the necessary steps for the share to reach at least 15 percent in the medium-term." Responding to a question about why the Halk Participation Bank's establishment was delayed, Şimşek said: "Halkbank actually had taken a fast start, but as I understand, there was a dispute regarding the establisher of the bank, Halkbank or the Treasury; that's why it was delayed. Now, we are speeding up the process."

Elsewhere, the Banking Regulation and Supervision Agency (BDDK) approved the foundation of Vakıf Katılım Bankası A.Ş., Vakıf Bank's new participation bank, which began operations on Feb. 26. Vakıf Katılım Bank CEO Öztürk Oran announced that the bank will operate from its current headquarters for the first quarter and hire 120 employees; however, the target is to open 30 branches and hire 500 employees by the end of the year. Onan said the first branches will be opened in the provinces of Istanbul, Ankara, Konya, Gaziantep, Bursa, İzmir, Adana, Antalya and Kayseri.

Stressing that Vakıf Katılım Bank will open 100 branches and hire 1,200 employees within three years, Oran added that Vakıf Katılım aims to attain 10 percent of the participation banking system's market share by 2018. "Our main goal is to become the leading bank in the Turkish participation banking sector by 2023. Going public is not in our short-term or long-term plans," Oran said.

Oran added that participation banking can only develop through public banks, emphasizing that Vakıf Katılım aims to increase competition in the market. "As a state bank, the market's trust is high, and therefore with this trust and belief, we believe we will assume a crucial role in drawing foreign funds to our country," Oran said.

In addition, according to an official report released a couple of months ago by international credit rating agency Fitch, the number of loans granted by participating banks in Turkey will continue to increase in 2016, and be likely higher than average due to the entrance of new banks in the sector and the evident rise of the sector's penetration rate.

The report also reflects the government's decision to increase the rate of the assets and loans in the participation banking sector to 15 percent by the end of 2023. Along with the Ziraat Participation Bank founded in May 2015 and Vakıf Bank on Feb. 26, Halkbank is also planning to establish participation banks soon, which are all state-owned.
RELATED TOPICS