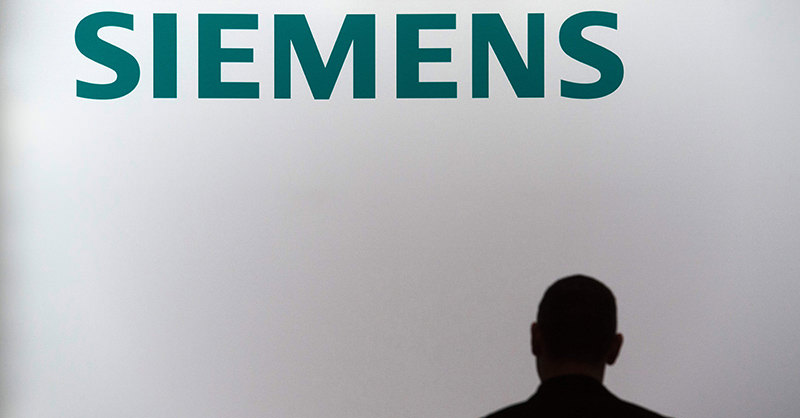 This file photo taken on November 12, 2015 shows an employee of German industrial giant Siemens standing in front of a company logo during a press conference in Berlin. (AFP Photo)
by Compiled from Wire Services Mar 09, 2016 12:00 am
German engineering giant Siemens announced plans on Wednesday to cut about 2,500 jobs worldwide in its industrial processing operations amid a slump in demand and falling commodity prices.

"A total of about 2,500 jobs worldwide -- of which 2,000 are in Germany, primarily in Bavaria -- will be affected by the realignment" of the group's process industries and drives (PD) division, it said in a statement.

"The main goal of the planned measures is to consolidate the activities and optimize the size of manufacturing locations in Europe in order to improve competitiveness in a market environment that continues to be difficult," Siemens said in a statement.


The group also pointed to intense competitiveness in the oil and gas as well as the metal and mining sectors as resulting in a need to restructure part of its industrial workforce.
Last Update: Mar 09, 2016 6:17 pm
RELATED TOPICS