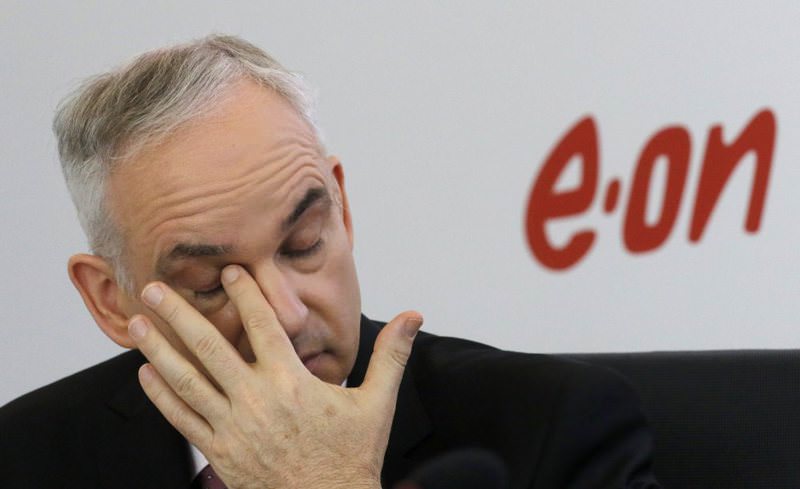 E.ON has said its annual net losses more than doubled in 2015 to 7 billion euros. The company blamed record low electricity prices and warned that the course ahead will be tougher and longer than anticipated

German power giant E.ON Wednesday said it booked a 7.0-billion-euro ($7.7-billion) net loss in 2015 and warned that "the course ahead will be tougher and longer than anticipated." E.ON, Germany's number one power supplier, said in a statement that massive writedowns on its electricity plants pushed it deep into the red, but at an underlying level, operating profit was "in line with expectations."

"Our numbers reflect the far-reaching structural transformation that our industry is experiencing and that continues unabated in the current year.

German power utilities have complained that the country's transition from conventional carbon fuels to greener, cleaner sources of energy is squeezing their margins. The cost of having to close down their nuclear power plants and the heavy subsidies afforded to renewable energy have pushed them deeply into the red, the companies argue.

The glut of government-subsidised solar, wind and other renewable power has led to a collapse in wholesale electricity prices. Last year that led to a 10-percent drop in E.ON's operating profit, as measured by earnings before interest, tax, depreciation and amortisation (EBITDA), to 7.6 billion euros.

"Underlying net income" -- adjusted for one-off factors such as 8.8 billion euros in writedowns -- was steady at 1.6 billion euros. But despite the difficulties, the company said it had succeeded in reducing its net debt "significantly to 27.7 billion euros."

And management would propose a dividend payout of 0.50 euros per share for 2015. As a result of the transformation of the energy landscape, Germany's two biggest players, E.ON and close rival RWE, have had to make huge writedowns on their conventional coal-fired power plants. And they have both decided to split their conventional power operations from their renewable energy divisions.

In E.ON's case, the conventional business is being spun off into a unit called Uniper. CEO Teyssen insisted this was "the right response to this transformation. But the course ahead will be tougher and longer than anticipated." And he warned that as a result of its planned spin-off, it expects the outlook for 2016 "to be significantly lower" than previously predicted.

"The difficult market environment will cause, in particular, free cash flow to be below earlier assumptions; future investments and dividends will have to reflect this," E.ON said.

"It's right for us to divide our operations into two companies, which will enable them to develop their respective businesses in line with their own strategy," Teyssen said.

"Precisely because we're facing huge challenges, we need to take decisive action. Our new setup will give our shareholders more options and E.ON and Uniper's management more leeway."
RELATED TOPICS