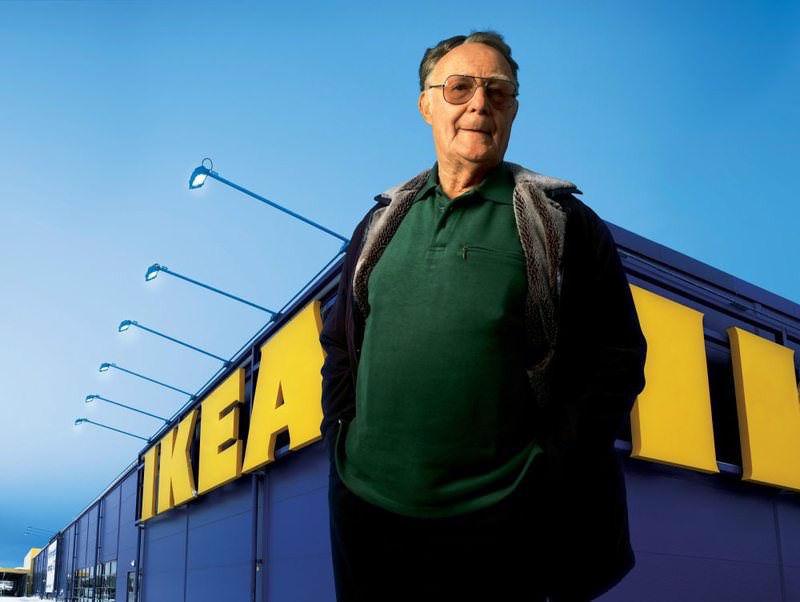 Frugal billionaire Ingvar Kamprad, founder of the Swedish furniture chain IKEA, buys his clothes at flea markets to save money, he said in a documentary that will be broadcasted on Wednesday in Sweden. Kamprad, who turns 90 on March 30, has a reputation for penny-pinching, which he claims helped IKEA to become one of the world's top brand names.

"I don't think I'm wearing anything that wasn't bought at a flea market. It means that I want to set a good example," he told Swedish channel TV4, according to business daily Dagens Industri, which viewed the documentary.

"It's in the nature of Smaland to be thrifty," he said, referring to Sweden's southern agricultural region where he comes from. Kamprad is estimated to have an accumulated fortune of about 610 billion Swedish kroner ($72.2 billion), according to recent Swedish media reports. But it is difficult to separate what belongs to him, what belongs to his children and what is held in a family foundation in one of Europe's most infamous tax havens, Liechtenstein. In 2006, the American business magazine Forbes listed him as the fourth-richest person in the world, although Forbes estimated his net worth to be around 3.4 billion last year.

Kamprad's modest spending habits have made headlines over the years. In 2008, he told Sydsvenskan newspaper that a 22-euro bill in the Netherlands had broken his barbering budget. "Normally, I try to get my haircut when I'm in a developing country. Last time it was in Vietnam," Kamprad explained. In 1973, he fled Sweden's higher tax structure for Denmark, before seeking even lower taxes in Switzerland. From 2010 onward, Kamprad progressively retired from the family company to make way for his three sons, finally returning to live in Sweden in 2014.