China's next bubble? Iron ore surges as speculators weigh in 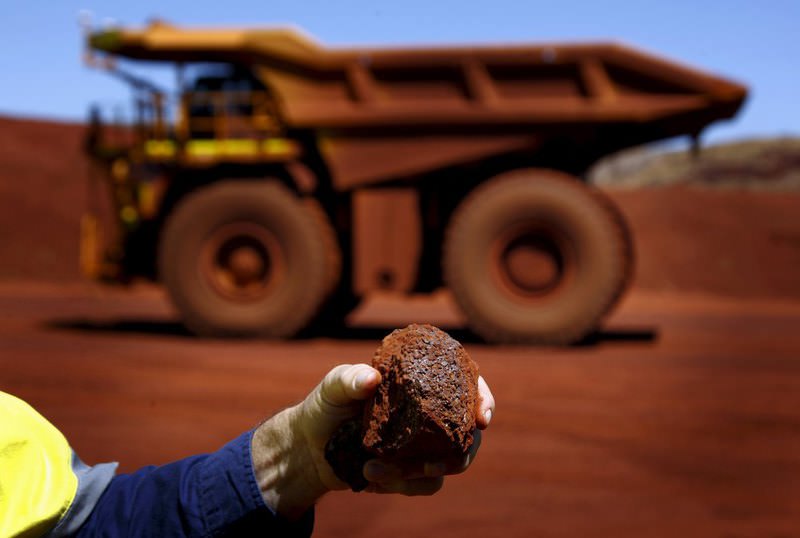 With a huge global steel glut and slowing demand in China, an enormous recent spike in the price of iron ore has left analysts scratching their heads, with some even claiming a flower show might be to blame. But observers say the extraordinary movements for one of the world's basic bulk commodities have been fueled by something far more prosaic than daisies and daffodils - simple speculation.

The spot price for iron ore - the key material for steel - jumped 20 percent on the Dalian Commodity Exchange on Monday.

But the vast majority of trades on the exchange do not reflect real-world transactions: the iron ore futures volume on Wednesday alone represented an underlying 978 million tons of the commodity - more than China's entire imports last year.

"Steel prices are in a crazy phase now. Everyone's emotions are high and pushing up prices is the norm," Chen Bingkun, an analyst at Minmetals and Jingyi Futures, told AFP. "The price rise is also caused by speculation." Only part of the real global iron ore trade passes through exchanges such as Dalian or Singapore, the other main hub for derivatives based on the commodity.

Instead, the business is dominated by a small group of producers, including Anglo-Australian giants Rio Tinto and BHP Billiton, Brazil's Vale and Fortescue Metals of Australia. They all compete to sell to steelmakers in China and elsewhere on longer-term contracts, often priced according to indices calculated by specialist trade publications, leaving limited liquidity for the spot market and heightening its volatility.

Chinese analysts and industry officials have cited a mix of factors driving the speculation that fueled the price surge, including hopes for higher government spending on steel-hungry infrastructure after the economy grew at its slowest pace in a quarter of a century last year. The beginning of warmer weather and the end of the Lunar New Year holiday have restarted construction projects and steel production.

Even an upcoming flower show in the Chinese steel hub of Tangshan has been named as a factor, with local steel companies expected to suspend output to ensure blue skies for the event - which could prompt them to step up production before the halt.

China produces more steel than the rest of the world combined, and in the long term, cuts of up to 150 million tons in its capacity over five years could ultimately support steel prices, although their impact on iron ore costs is less clear. There are signs regulators are taking notice of the market's new-found popularity with China's notoriously short-term investors, who have few choices on where to put their money.

A stock market slump has made equities unattractive while government bond yields are relatively low, strict capital controls limit buying of foreign exchange, and housing prices are expensive. The Dalian exchange will on Monday raise transaction fees and hike minimum deposits for trading the contracts. The move aimed to "guard against overheated trading and prevent hidden market risk," it said in a statement.

But small investors are not the only actors in the market, said Chen of Minmetals and Jingyi Futures, with producers also seeking to cash in. "Some steel makers, who rarely engage in arbitrage... started to participate in hedging steel futures because they saw some companies who did it have made money," he said. Analysts wonder if the price surges are sustainable, with Shanghai Securities analyst Zhu Limin telling AFP their future direction was "unclear."

"This is the first year of the new five-year plan, so people have more confidence about investment in infrastructure," he said, referring to a development blueprint for 2016-2020 to be approved at the National People's Congress in Beijing, where Premier Li Keqiang announced a lowered growth target of 6.5-7 percent for this year.

But Zhu added: "We are not sure how many of the projects announced by the government will be implemented and whether there will be real money thrown in."

Global iron ore prices bottomed out at around $37 in December before the rebound began. In Singapore, Kelly Teoh, an iron ore derivatives broker at Clarksons Platou Futures, told AFP that the market was trying to find "a sweet spot where everyone will have a sustainable business". "People are trying to find a logic to a market that had become so bearish," she added.