US consumer prices slip in February 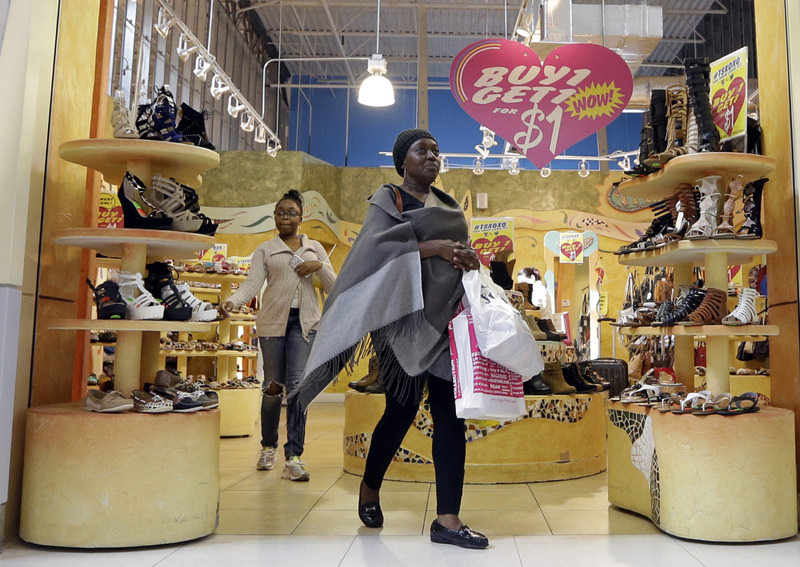 U.S. consumer prices fell in February, dragged by another steep drop in energy prices. However, core inflation managed to tick higher, led by the biggest jump in clothing costs in seven years.

Consumer prices edged down 0.2 percent last month after no change in January and a small decline in December, the Labor Department reported Wednesday.

Core inflation, which excludes the volatile categories of food and energy, rose 0.3 percent following a similar 0.3 percent rise in January.

Over the past 12 months, overall inflation is up a modest 1 percent. But core inflation is up 2.3 percent, the biggest 12-month gain since May 2012. The Federal Reserve is closely watching inflation, which has been stuck at low levels, to determine when to raise interest rates further. The 12-month rise in core prices is above the Fed's optimal target for annual price increases of 2 percent. However, the modest 1 percent overall price gain over the past year is still well below the Fed target. The Fed boosted its key policy rate by a quarter-point in December, the first increase in nearly a decade. But it left rates unchanged in January.

For February, energy prices dropped 6 percent, led by a 13 percent plunge in gasoline pump prices, the fourth consecutive month they have declined. Food costs rose a modest 0.2 percent in February and are up just 0.9 percent over the past year. Outside of food and energy, the 0.3 percent rise in core inflation was led by a 1.6 percent jump in clothing costs, the largest increase since February 2009. Medical care was up 0.6 percent, with the index for prescription drugs rising 0.9 percent and hospital care up 0.5 percent.