Toshiba sells medical devices unit to Canon for $5.9B 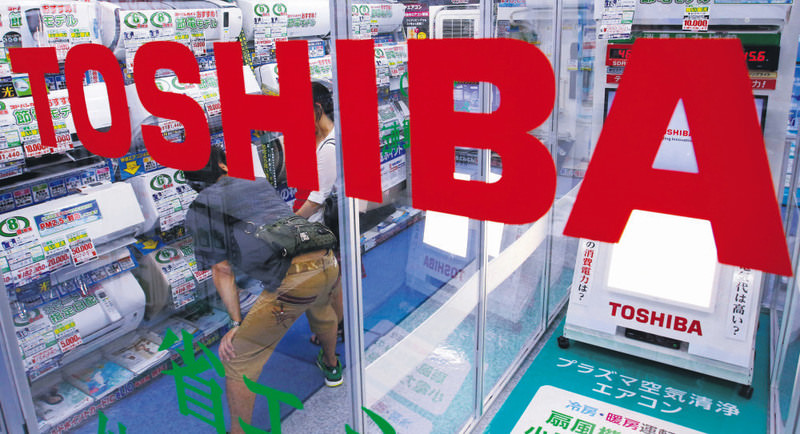 Japan's Toshiba has sold its medical devices unit to camera and office equipment maker Canon for almost $6 billion, it said yesterday, as it sheds businesses to recover from a major accounting scandal.

The deal came as Toshiba's share price plunged nearly eight percent after a report it was under investigation by U.S. authorities over allegations it hid losses in its nuclear business. News of the Canon deal comes as Toshiba expects a whopping loss of about $6 billion for the year to March due to sagging global demand and a profit-padding scandal, in which high-handed bosses for years systematically pushed their subordinates to cover-up weak financial figures.

In the wake of the scandal, Toshiba - a vast conglomerate that makes everything from rice cookers to nuclear plants - has ushered in thousands of job cuts and plans to sell various business units in a bid to revive its fortunes.

Under the deal Toshiba sold all its shares in Toshiba Medical Systems, a major producer of medical imaging tools such as MRI and CT scans, to Canon for 665.5 billion yen ($5.9 billion).

In December, Japan's Securities and Exchange Surveillance Commission said Toshiba should be slapped with a record 7.37 billion yen fine over the profit-padding scheme that hammered the reputation of one of Japan's best-known firms.

Many Japanese high-tech companies are rushing to enter the medical field, as a greying population boosts demand for healthcare services and tools.

Sony launched a medical joint venture with endoscope maker Olympus, which also went through a massive loss-hiding scandal and required a strong partner to rebuild itself.

Shares in Toshiba plunged 7.96 percent to 191.8 yen after a report said it is being probed by U.S. authorities over allegations it hid $1.3 billion in losses at its nuclear power operations. It had been up almost 5 percent before the story broke. Bloomberg News, quoting unnamed sources, reported that the U.S. Justice Department and the Securities and Exchange Commission are examining whether any fraud occurred.