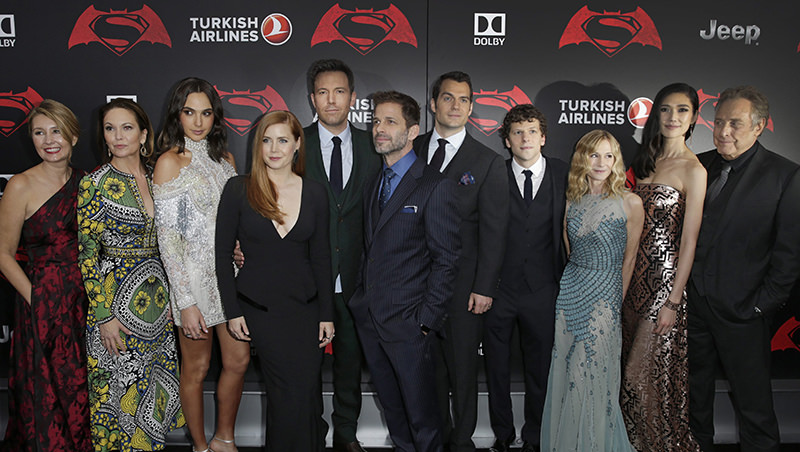 Oscar-winning Affleck told reporters that he used to go to the gym every morning at 6 a.m. in preparation for his role in the film, which he said was necessary to be a "super hero".

"Recently, we've been able to bring the film to life through unique in-flight experiences and activations," Turkish Airlines' Board Chairman Ilker Ayci said.

The film, which was directed by Zack Snyder, will come out on March 25.

"We're also excited to be a part of the movie's premiere with fans from around the world. And coming soon, there's one more piece of good news for our passengers. Turkish Airlines is proud to introduce the first in-flight premiere of the film outside of theaters as part of our in-flight entertainment systems," he added.

Turkish Airlines, the official airline partner of Warner Bros. Pictures, said in a statement Monday that the premiere is part of a larger partnership with Warner Bros.

In the film, Turkish Airlines is featured within a pivotal scene aboard a Boeing 777 airplane. Additionally, two of the film's stars, Ben Affleck, who plays Batman, and Jesse Eisenberg, who plays global magnate Lex Luthor, took part in a special advertisement announcing Turkish Airlines' newest "destinations": Gotham City and Metropolis.

Turkish Airlines, which flies to more countries than any other airline, encourages fans to join the online conversation around the movie using the hashtags #flygotham and #flymetropolis.