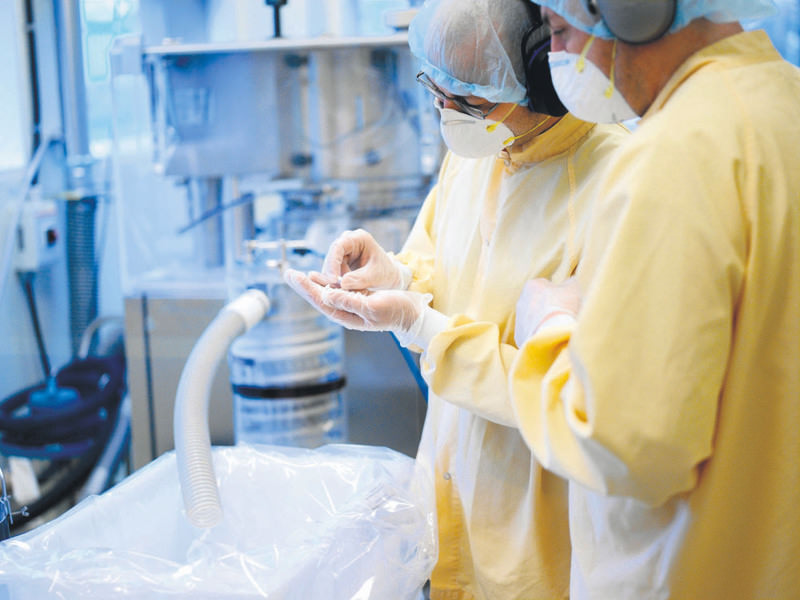 The cooperation, which has created a tremendous impression on the world's major economic platforms such as Business Wire and NASDAQ, has shifted the attention of the international pharmaceutical industry to Turkey. The strategic cooperation agreement includes three biosimilar products that will be marketed after being licensed in Turkey. As soon as investments in a pharmaceutical plant are completed, TR-Pharm will produce drug substances and ready-made drugs.

TR-Pharm General Manager Mehmet Göker told Anadolu Agency (AA) that the domestic medicine project is "a source of national pride," which will make the Turkish pharmaceutical industry popular throughout the world. Stressing that Turkey has rolled up its sleeves to cease to be a consuming country and become a producer thanks to new health strategies and the support of the Health Ministry, Göker said: "Biosimilars, which will be released in the domestic market and other countries in the region, constitute a major part of our investment strategy, which aims to produce biotechnological active pharmaceutical ingredients [API] in Turkey. We are pleased to have started creating infrastructure for the production of high-quality biosimilars of an international company, which has good command of important markets such as the United States, Russia, the Commonwealth of Independent States [CIS], Venezuela and India."

Motupalli Venkata Ramana, Dr. Reddy's vice president of product marketing, said Turkey is in an important position among emerging markets in the pharmaceutical industry, adding that patients in Turkey and the surrounding region will have access to high-quality biosimilar products thanks to TR-Pharm's endeavors. "We are happy to be in such a partnership with Turkey. Thanks to this partnership, we will provide people in all corners of the earth with innovative medicines at affordable prices," Ramana said.

Emphasizing that this cooperation will be an important constituent of the development and production of biological goods in the region, Ramana said preliminary works to transfer technology have already begun.