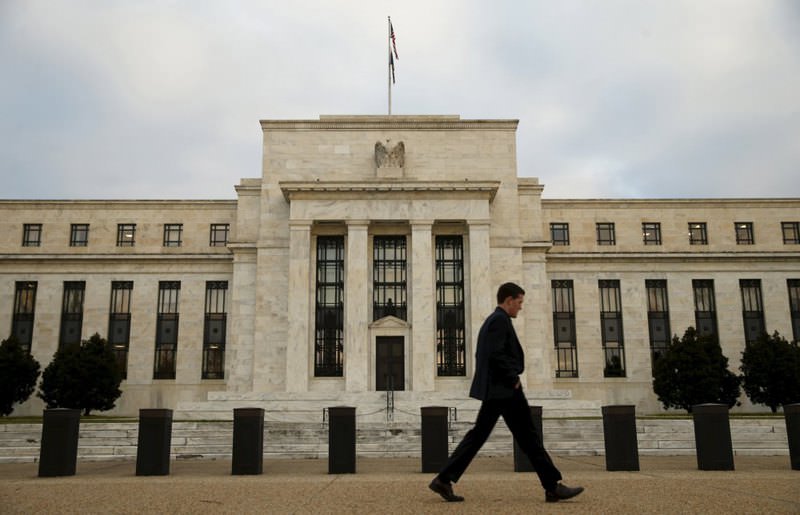 "There were some hawkish comments from a couple of Fed officials, on the margin pointing to the potential for the Fed to continue with their new path of normalization," said Ian Lyngen, senior government bond strategist at CRT Capital in Stamford, Connecticut. Atlanta Fed President Dennis Lockhart is set to speak on the economic outlook and monetary policy at 1240 EDT (1640 GMT).

The dollar rose 0.16 percent to 95.234 against a basket of major currencies. The greenback had fallen for three straight weeks, a decline of 3.1 percent. The dollar fell last week when U.S. Federal Reserve policymakers revised down the number of times they expect to raise interest rates this year to two from four. Benchmark 10-year notes were last down 10/32 in price to yield 1.9067 percent, up from 1.87 percent on Friday.

The stronger dollar weighed on European equities, with the pan-European FTSEurofirst stock index down 0.5 percent at the start of a week shortened by the Easter break.

U.S. stocks also dipped slightly, with investors looking for fresh catalysts after a five-week rally that pushed the S&P 500 into positive territory for the year.

Crude oil prices were weaker, but off early lows, with Brent last down 0.1 percent to $41.16 and WTI down 0.08 percent at $39.47 a barrel as the market digested news of a modest rise in U.S. drilling activity. Uncertainty lingered, however, over the outcome of a meeting of the world's major exporters next month to discuss freezing output.

Gold fell 0.78 percent at $1,244.96 an ounce as the dollar advanced, its third straight decline, but the metal was underpinned by expectations that the ultra-low interest rate environment will persist on a global level.

Copper edged up 0.19 percent to $5,051.50 a tonne on expectations of stronger demand in top consumer China after a jump in imports of refined copper by the world's second-largest economy.

Sterling fell 0.73 percent to $1.4373 as worries about Prime Minister David Cameron's ability to keep his Conservative party together and keep Britain in the European Union jumped after Iain Duncan Smith, a leading voice for the UK to exit the EU, resigned from the cabinet late on Friday.