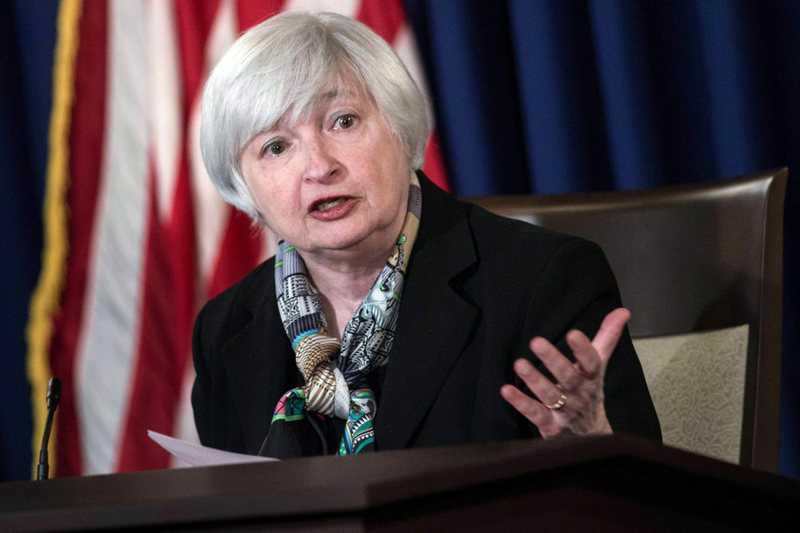 As a number of central banks began taking more expansionist steps in monetary policy one after another over the past month, coupled with the Fed's dovish approach lately, rumors of coordination between central banks have emerged

There has been speculation as to whether major central banks around the world made a secret agreement in February to coordinate their policies in order to curb the rising value of the dollar and calm global financial markets, according to experts yesterday.

Late February, officials from the United States Federal Reserve (Fed), the European Central Bank (ECB), the Bank of Japan (BoJ) and the Bank of England (BoE) met in Shanghai for the G20 Finance Ministers and Central Bank Governors' meeting. However, the dovish policy decisions of the banks came one after another since then, and the value of the dollar has fallen against other major currencies after the Fed did not hike interest rates last week.

One expert reiterated that he had said a month ago that the chance of coordinated action among central banks was on the rise. "Over the last month, we first heard rumors and comments coming out around Feb. 12, 13, 14 that the ECB was going to invest in corporate bonds as an element to support markets. Those rumors became a reality at the March 10 ECB meeting." Lawrence McDonald, head of the U.S. Macro Strategies group at Societe Generale and The New York Times bestselling author, told Anadolu Agency (AA). "We thought it was very interesting that before [the] G20, we had [the] ECB and [the] PROC [The People's Republic of China] officials talking very dovishly. In other words, offering hints of market support," he added.

On Feb. 26, the premier of the State Council of the PROC, Li Keqiang, also called for G20 members to increase coordination against the global economic turmoil, and "work together to secure the stability of the international financial market," according to China's Xinhua news agency.

McDonald also noted early this month that New York Fed President William Dudley and Fed Governor Lael Brainard took the possibility of the bank's March interest rate hike off the table. "Essentially three of these things started to drive markets higher. That was the genesis of the rally that we're in," he explained.

At the beginning of March, the major central banks' decisions began coming one after another, echoing similar policy decisions. First, the ECB trimmed its main interest rate to zero percent in order to help the eurozone's weakening economy. The interest rate on overnight lending facilities was also slashed to 0.25 percent, while the level it charges on excess deposits was shaved to minus 0.40 percent. Later, the BoJ did not change its interest rate policy on March 15. A day later, the Fed kept its interest rate unchanged, and also revised down its rate hike expectations for this year. And, on March 17, the BoE announced that it would maintain its interest rate at 0.5 percent.

'No evidence of secret deal'

However, another expert said speculation is not the same as saying actual monetary policies of central banks depend on a secret deal. "I do not know if there was an agreement ... In my view, there is no evidence that this is anything else other than a reaction to what they see in their economies," Tamim Bayoumi, a senior expert at the Peterson Institute for International Economics, told AA. "The ECB sees weaker growth, so does the Fed. We don't need a conspiracy theory to explain why they did what they did. All I see is a coordinated effort to revive growth," he added.

Noting that a stronger dollar has caused problems for China, and weighing on the U.S. economy by lowering its exports, Bayoumi pointed to the Fed's rate hike decision on December 2015 and said "the rising U.S. interest rate has already caused some serious financial market volatility." "The easy way of thinking about this is if I [were] the central bank governors getting together in Shanghai, I might agree that some reduction in the value of the dollar would not be so bad. That doesn't necessarily require a tacit deal," he explained.

Bayoumi also highlighted that if the central banks really wanted to depreciate the dollar, "we would not have the ECB stimulate the economy by cutting rates and increase quantitative easing [QE], which tends to depreciate the euro." However, McDonald said central bankers are a big influence over the markets, and added: "Too many investors, too many hedge fund managers and too many traders are all in the same boat." McDonald stressed that the surge of credit risks during February dictated the Fed's decision in March, and said: "Economic data does not drive [the] Fed's policy; [the] Fed's policy has been driven by credit risks. That's the bottom line."

The dollar as a wrecking ball

Before the central banks' decisions and the Shanghai meeting, the increasing value of the greenback played a major role in the global financial turmoil by putting pressure on big economies, and on crude oil prices. Referring to the rising dollar as "a global wrecking ball since last year," McDonald said: "If you look at emerging countries and the oil market, the surge in the dollar has created tremendous systematic risks." "There is $4 trillion debt in commodities and emerging markets. As the dollar goes up by 25 [percent] to 30 percent, it becomes $5 trillion," he said, adding that there was speculation before the G20 meeting that there was "some kind of deal to arrest the dollar" in Shanghai.

Since the G20 meeting and the central banks' decisions, the dollar has decreased against other currencies around the world. However, McDonald believes this will not last long. "I think this little honeymoon period for markets could last two-to-three weeks or maybe a month. But the markets will start pricing a rate hike and then we will get a vicious reversal," he said. He added that the dollar will strengthen once the market will begin to get the impression of a June rate hike by the Fed, and stressed that it is "going to hurt oil and emerging markets."

If the Fed keeps the interest rates unchanged by then, McDonald concluded that the bank "is going to completely embarrass themselves if they don't increase the rates in June."