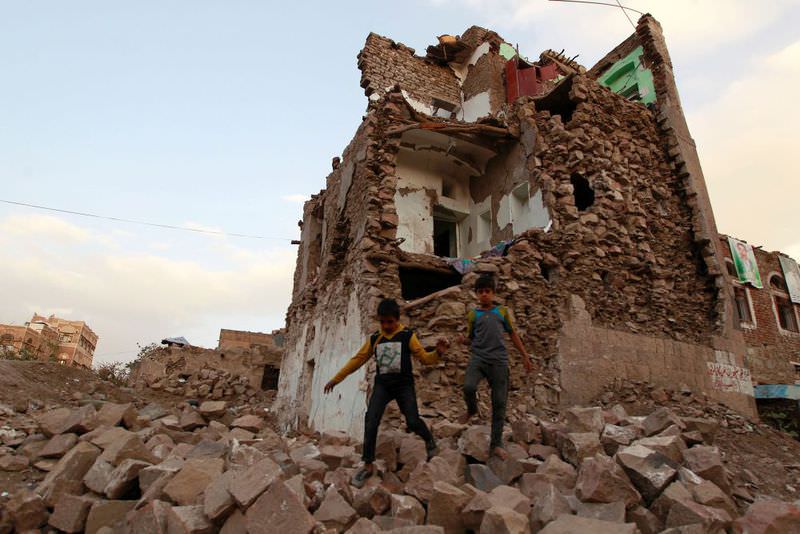 by Mar 25, 2016 12:00 am
Signs of a domestic financial crisis are raising the specter of famine in conflict-ridden Yemen, where millions of people already are going hungry, Oxfam said yesterday. The possibilities of tightening credit and a currency devaluation threaten the Arab Peninsula's poorest nation, which imports nearly all its food and needs a functioning economic system to fund those shipments, the global charity said in a report.

Half of the nation's residents, or nearly 14.4 million people, already struggle to buy food and need assistance in a crisis going largely unheeded in the international community, it said.

"An invisible food crisis ... risks turning famine warnings into a reality over the coming months," Oxfam said. Yemen imports roughly 90 percent of its food, it said. Wheat, sugar, powdered milk and rice are among the essential goods that have grown scarce since war intensified in Yemen a year ago, Oxfam said. The shortages stem in part from nervous markets following reports that Yemen's Central Bank may cut credit lines that guarantee payment for incoming wheat and rice cargoes, the report said. Threats to Yemen's currency, the riyal, reportedly at risk of devaluation, also could cause food prices to rise, it said.

Already impoverished Yemenis "will not be able to withstand the rising prices for food if importers are unable to trade," said Sajjad Mohamed Sajid, Oxfam's country director in Yemen, in a statement.

The charity reported instances of people eating only a meal a day in Taiz city, on the frontline of the conflict, and empty market stalls with no vegetables on display. Raising hopes of an end to the violence, a senior Yemeni government official told Reuters this week that talks aimed at ending the war were expected in Kuwait next month along with a temporary ceasefire. The United Nations hosted two inconclusive rounds of peace talks in Switzerland last year.