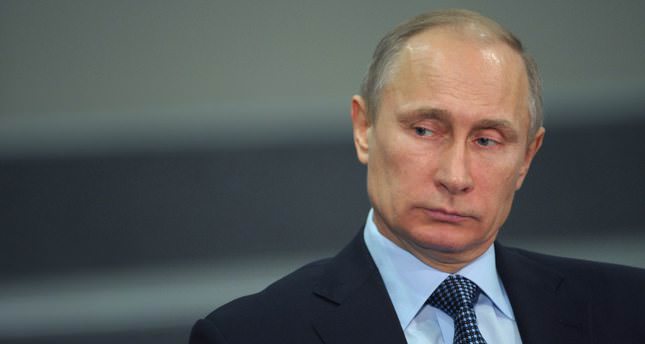 An investigation by more than 100 media groups, described as one of the largest such probes in history, revealed the hidden offshore assets of around 140 political figures.

The vast stash of records was obtained from an anonymous source by German daily Sueddeutsche Zeitung and shared with media worldwide by the International Consortium of Investigative Journalists (ICIJ).

The documents, from around 214,000 offshore entities covering almost 40 years, came from Mossack Fonseca, a Panama-based law firm with offices in more than 35 countries.

The investigations allege close associates of Putin, who is not himself named in the documents, "secretly shuffled as much as $2 billion through banks and shadow companies".

Twelve current or former leaders are named in the investigations, including the prime minister of Pakistan, the president of Ukraine and the king of Saudi Arabia, as well as sporting and movie stars including Jackie Chan.

They allege Chinese President Xi Jinping's family has links to offshore accounts, as did the late father of British Prime Minister David Cameron, and claim Iceland's premier secretly had millions invested in the country's banks during the financial crisis.

Disgraced UEFA chief Michel Platini allegedly used Mossack Fonseca to administer an offshore company, while Messi and his father apparently own a shell company not discovered in a Spanish investigation into the football star's tax affairs.

"I think the leak will prove to be probably the biggest blow the offshore world has ever taken because of the extent of the documents," said ICIJ director Gerard Ryle.

One of the law firm's founders, Ramon Fonseca, told AFP the leaks were "a crime, a felony" and "an attack on Panama".

"Certain countries don't like it that we are so competitive in attracting companies," he said.

Panama's government said it had "zero tolerance" for any shady deals, and vowed to "vigorously cooperate" with any legal investigations.

Though most of the alleged dealings are said by the ICIJ to be legal, they are likely to have a serious impact on many of those named.

The investigators claim he owned millions of dollars of Icelandic bank bonds during the financial crisis, when the country's entire financial system collapsed and its lenders had to be bailed out.

"I have never hidden assets," Gunnlaugsson told a journalist from the Swedish SVT channel. "It's a bit like you're accusing me of something," he added, visibly irritated, before calling off the interview.

At least 33 people and companies listed in the documents were blacklisted by the U.S. government for wrongdoing, including dealings with North Korea and Iran, as well as Lebanon's Islamist group Hezbollah, the ICIJ said.

Japan's Asahi Shimbun reported 400 individuals and companies had been named, while Australia said it has launched an probe into 800 wealthy Mossack Fonseca clients.

The massive leak of documents recalls Wikileaks' exploits of 2010 -- which included the release of secret military files and diplomatic cables.

However, in terms of size, "the 'Panama Papers' is likely the biggest leak of inside information in history," according to ICIJ. "It is equally likely to be one of the most explosive in the nature of its revelations."

More than 500 banks, their subsidiaries and branches have worked with Mossack Fonseca since the 1970s to help clients manage offshore companies. UBS set up more than 1,100 and HSBC and its affiliates created more than 2,300.

The documents show "banks, law firms and other offshore players often fail to follow legal requirements to make sure clients are not involved in criminal enterprises, tax dodging or political corruption," the ICIJ said.

Mossack Fonseca is already subject to investigations in Germany and Brazil, where it is part of a huge money laundering probe that has threatened to topple the current government.

The ICIJ alleges its co-founder, Jurgen Mossack, may also have been involved in helping Britain's notorious Brink's-Mat robbers -- who stole 7,000 gold bars, diamonds and cash in 1983 -- keep their proceeds.

The law firm told the ICIJ the claim was "entirely false".

"These findings show how deeply ingrained harmful practices and criminality are in the offshore world," said Gabriel Zucman, an economist at the University of California, Berkeley, cited by the consortium.

The leaked documents were reviewed by a team of more than 370 reporters, though their source was not immediately clear.

The firm, Mossack Fonseca, one of the world's most secretive offshore law firms, said it had operated with impunity for decades in its efforts to help clients launder money and avoid tax.

A special report exposes the offshore holdings of 12 current and former world leaders and reveals that Putin's associates secretly shuffled as much as $2 billion via banks and shadow companies.

The massive leak gives details about a suspected billion-dollar money laundering ring that was run by Bank Rossiya, which is subject to U.S. and EU sanctions following Russia's annexation of Crimea.

Money has been channelled through offshore companies, two of which were officially owned by one of the Russian president's closest friends.

Sergey Roldugin, one of Putin's closest and dearest, and the godfather of Putin's eldest daughter Masha, is said to be a behind-the-scenes player in a clandestine network operated by Putin associates that shuffled at least $2 billion through banks and offshore companies.

In the report, it is also claimed that Roldugin was listed as the owner of the offshore companies that obtained payments from other companies worth tens of millions of dollars.

"In almost every instance, the result is the same: money and power moves in the direction of the network, to companies and people allied to Putin," the report adds, further stating that Putin's clandestine network's "covert deals" allowed it to receive money in a variety of ways including hundreds of millions of dollars in "sweetheart loans" from a bank controlled by the Russian government, in other words, the St. Petersburg-based Rossiya Bank which has been identified by the U.S. government as the "secret cashbox of Putin."

"Nowhere in the Mossack Fonseca files is the name of the Russian president, a former KGB spymaster, actually mentioned," the report says, adding that audio recordings and witness accounts show that even when Putin's closest confidants secretly discuss his financial dealings, they use pseudonyms for him or "simply gesture to the heavens rather than utter his name.

Mossack Fonseca data also shows how Iceland's Prime Minister Sigmundur Gunnlaugsson has been allegedly hiding millions of dollars of investments in his country's banks behind a secretive offshore company.

Leaked documents show that Gunnlaugsson and his wife bought offshore company Wintris in 2007.

The project, which included a team of more than 370 journalists from more than 70 countries, is believed to be the largest leak journalists have ever worked with. It contains 2.6 terabytes of data, 11.5 millions documents, and 214,000 shell companies.