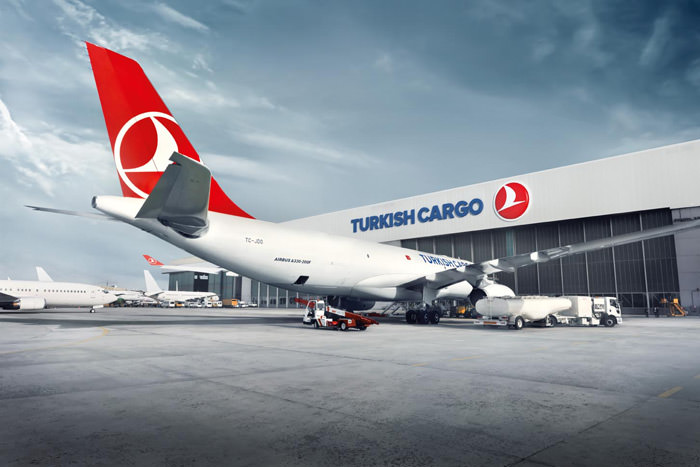 The cargo-operating arm of Turkey's national carrier has its sights on India's booming pharmaceutical industry, which has emerged as one of the world's biggest suppliers of generics

Like many other cargo carriers that had descended on Mumbai to showcase their products and services at the recent Air Cargo India Forum 2016 in India's financial capital, Turkish Cargo - the dedicated cargo-operating arm of Turkey's national carrier, Turkish Airlines (THY) - had its sights on India's booming pharmaceutical industry, which has emerged as one of the world's biggest suppliers of generic pharma products.

Though he did not exactly quantify the share of the pharmaceutical products in Turkish Cargo's traffic volume out of India, Halit Anlatan, Turkish Cargo's vice president for cargo marketing and sales, was bullish about the role of the pharma segment in the overall traffic from India to the rest of the world via the carrier's national hub in Istanbul. "I am confident that pharmaceuticals will play a major role in our traffic from India to a number of major markets in the world, including the United States, which happens to be India's largest market for this product group," Anlatan said in an interview with Daily Sabah in Mumbai. In the face of fierce competition from other cargo carriers, Turkish Cargo is interested to carve out a slice of India's pharma cargo pie.

THY, the parent company, operates a daily service each to Delhi and Mumbai, transporting cargo in the bellies of the aircraft. Moreover, Turkish Cargo operates twice weekly freighter service to Delhi and once weekly to Mumbai. Anlatan described India as a major market that generates huge cargo traffic. "We are looking for new destinations in India," he said.

In light of the special handling requirements of pharmaceutical products, which tend to lose their efficacy if not stored at proper temperatures, Anlatan emphasized that Turkish Cargo is "extremely meticulous" in handling cargo requiring special care. "This applies, particularly, to pharmaceutical products that are subject to decay, deterioration or decomposition over a period of time or if exposed to adverse temperature, humidity and other environmental conditions. These include medicine, raw pharmaceutical materials, vaccines, sera, plasma and other biotechnological and medical materials," he said. Anlatan also claimed that the carrier can transport pharmaceutical cargo "when and where it needs to go at the ideal temperature range" using "time and temperature sensitive" labels that indicate the temperature range required for the cargo.

Asked if the cargo carrier's hub at Istanbul Atatürk International Airport, which serves as a transit shipment point, was equipped with the appropriate storage facilities to maintain pharma products at the right temperatures, Anlatan highlighted that the airport has nine cool rooms of +2 degrees Celsius/+8 C, another nine cool rooms of +15 C/+25 C, seven cool rooms of 0 C/+14 C and four rooms with freezers at 15 C/20 C.

Turkish Cargo transported a total volume of some 730,000 tons in 2015, up 8 percent over the previous year's volume. The cargo carrier's fleet, at present, has 10 freighters, seven of which are Airbus 330F aircraft and the remaining three are Airbus 310F aircraft. But THY's burgeoning passenger aircraft fleet has become an important medium for transporting belly-hold cargo; it maintains 300 passenger aircraft, of which 80 are wide-bodied aircraft while the remaining 220 are narrow-bodied aircraft.

Since India is one of the largest suppliers of pharma products that are destined for major markets, including North America, Western Europe and Turkey itself, Turkish Cargo is very keen to tap into the huge business potential inherent in this market segment. However, while North America is a "promising market," as Anlatan called it, the lion's share of its business comes from the rest of the world, notably the Far East, Western Europe and Turkey.

Discussing the cargo carrier's operations in North America, Anlatan said: "In North America, we started operating to two new destinations last year - San Francisco and Miami. This year we will start flying to Atlanta and Panama [City], and will be increasing our capacity for Washington, D.C., and Los Angeles where we will have two daily passenger flights. We have once-a-week freighter service to JFK New York, and once-a-week freighter [service] to [both] Chicago and Atlanta."

The migration of companies shifting their manufacturing operations to Vietnam from China, triggered by the latter's economic slowdown and the rising production and labor costs, has helped Vietnam become the "new China" with a strong export-oriented economy leading to a steady rise in export cargo meant for major markets in North America and Europe. The carrier operates a joint daily flight to Saigon and Hanoi, but it will fly separately to the two cities in its winter plan, in addition to the three weekly freighter flights to Hanoi. "We will also fly to Cambodia in May, sharing capacity with Hanoi," Anlatan said.

Turkish Cargo operates a daily passenger flight and a weekly freighter service to Dhaka, Bangladesh, which exports high-end value products such as garments and textiles by air. Observing the current global situation, as far as the cargo markets are concerned, Anlatan said declining oil prices in 2015 had an impact on air-cargo traffic. According to International Air Transport Association (IATA) cargo statistics, some $65 billion worth of global air-cargo shipments were handled in 2012 but the figure declined in 2015 to $50 billion. Anlatan also stressed that the express business was growing faster than the cargo business, while Turkish Cargo's freight volume with Russia and Iran saw a decline last year. Russia does not derive enough revenue from oil sales since oil prices have fallen in the last two years, and Western sanctions due to the Ukraine crisis has also hurt Russian revenues. Turkish Airlines flies to six cities in Iran but does not operate a freighter service to the country. "In Tehran, we sometimes use wide-bodied aircraft and transport dates, perishables [and other goods]," he said. Turkish Cargo already placed an order in 2012 for three Airbus 330F aircraft; two of these freighter aircraft will be delivered to the carrier in April and October of this year. The third aircraft will be delivered in February 2017.