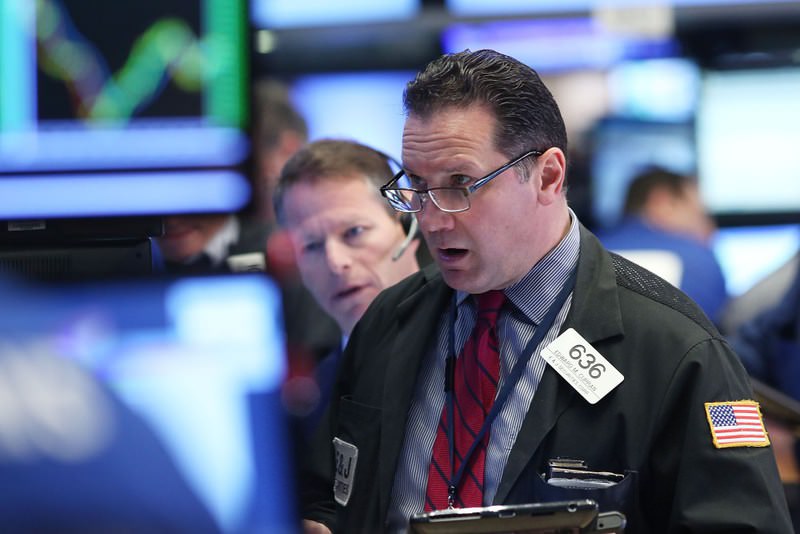 The rout in global stock markets earlier this year has dented optimism among even the most bullish of equity market analysts polled by Reuters, who now reckon only half of around 20 major stock markets will gain in the year When interviewed at the end of the first quarter on their views, many strategists had little to say about broad trends. Instead they were fixated on what the U.S. Federal Reserve will do with interest rates, cited by a majority as the biggest risk to their outlooks.

The March 17-31 Reuters poll of over 250 equity strategists, analysts and fund managers from around the world is the latest in a series of surveys over the past year in which respondents markedly lowered forecasts.

Only half of the around 20 major stock indices surveyed were forecast to trade higher at the end of this year from where they started it. Just three months ago, analysts had predicted all would rise. "We've come a long way back from the depths of despair six or seven weeks ago. We think between now and the end of the year the market grinds higher, but it's not going to be without an uptick in volatility," said Leo Grohowski, chief investment officer of BNY Mellon Wealth Management in New York.

Since last August, financial markets have been on a roller-coaster ride. China devalued its currency, sending shockwaves through foreign exchange markets, fanning already-smouldering global growth concerns that have not gone away.

Fed Chair Janet Yellen just recently cited those concerns as a reason for the central bank's downgrade to expecting two not four rate hikes this year. Tumbling commodity prices and lingering concerns about scant consumer inflation after so much global monetary stimulus have also kept many investors on the defensive, and for a while in January and February, in full-blown market panic.

March turned out to be a sweet spot for stock markets as many regained composure, partly on a rebound in crude oil prices as well as an unexpectedly large pile of new monetary stimulus from the European Central Bank. But major sovereign bond yields fell during the first quarter of this year.

The fact so few expect a sudden rebound in those rock-bottom yields shows investors aren't yet convinced that global reflation and an acceleration in growth is at hand, leaving prospects for stock markets very uncertain.

Top global fund managers recommended a cut to equity allocations in their model portfolio to the lowest in at least five years, according to a separate Reuters survey of asset managers from around the world published this week. Global bond strategists broadly concur, tempering yet again their yield forecasts.

The latest Reuters stock markets polls showed that while the turbulent sell-off in the S&P 500 is now over, 2016 may end up being a forgettable year on lingering concerns over weak earnings and a still-strong dollar. Key European stock markets are forecast to gain roughly 8 percent from current levels by the end of 2016.

"We expect equity indices to recover in Q2 from oversold levels, followed by low single-digit quarterly declines in the second half," said Roland Kaloyan, head of European equity strategy at Societe Generale. "Our targets would mean an essentially flat S&P 500 by year-end vs current levels, with Japan and Europe up by mid single digits."

The outlook for emerging markets, which have had a terrible few years of outflows in favour of developed ones, is now improving slightly. Emerging market assets had a bad start to 2016 as well but have since found their footing.

Major stock indices from Latin America to Asia are expected to gain on average about 6 percent from now until year-end, while developed markets are set to rise about 5 percent.

Brazilian shares, which fell by a third in the second half of 2015, have rallied nearly 40 percent from a 2009 low in January and reclaimed more than half of the previous year's losses since then, making it the world's top performing major market. But with the economy still in dire straits, that rally, based on investor bets that embattled President Dilma Rousseff may soon be impeached, has probably run its course. There is limited upside, too, for Mexican stocks after the benchmark IPC index hit a near two-year high earlier this month.

India's BSE Sensex is forecast to recoup this year's losses and rally over 10 percent to the end of the year on further improvement in the economy, which is already outperforming most in Asia. But the spectre of an even more sluggish Chinese economy still casts a shadow. East Asian stocks will have a choppy ride this year, with some markets managing modest gains.