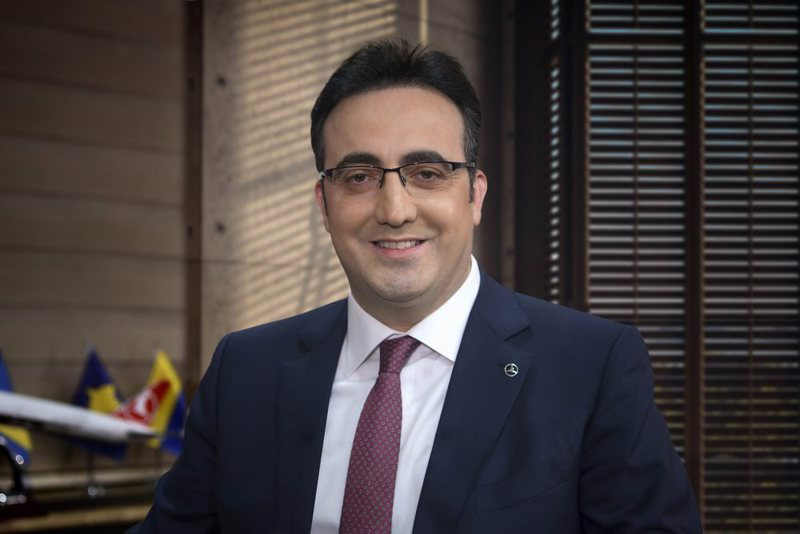 by Daily Sabah Apr 07, 2016 12:00 am
Turkish Airlines (THY) Chairman İlker Aycı announced that the airline entered a five-year investment process following the Ordinary General Council meeting held on Tuesday. Aycı said they would continue to grow in 2016, and they are expecting this year to be profitable. By increasing its fleets and destinations practically day-by-day, THY announced that it will launch flights to new destinations such as Saudi Arabia, Ukraine and Croatia as part of its growth strategy within the next month.

In addition, THY announced through the Public Disclosure Platform that it may consider repurchasing 10 percent of its total shares, worth TL 1.380 billion ($484.3 million), it had issued. The company aims to allocate a budget of TL 500 million to conduct the equity repurchase option. The repurchase claim has been given to THY in order to be optionally executed within the next three years. The company said it may realize equity repurchases since it is willing to limit the fluctuations in its share prices and to invest in the partnership's own equity under the treasury management.

Furthermore, Aycı reemphasized that THY was able to end 2015 with great success despite the intense competition on the global scale, the economic and political instabilities experienced in the region and the exchange rate fluctuations closely affecting the sector. The company will also preserve its growth and operational cash generation abilities in 2016, Aycı added.


THY flights to Brussels will resume April 8

Shut down after the terrorist attack in Brussels on March 22, Zaventem Airport began operating again after Turkish Airlines' (THY) announcement that it would restart its Istanbul-Brussels flights on April 8.

New information suggests that security measures at the Zaventem Airport have been enhanced after the terrorist attack. All vehicles arriving to the airport are screened on the approaching road, baggage is X-rayed at the terminal entrance and passengers are both hand-searched and X-rayed. Passengers have also been asked to be present at the airport three hours before their flight.