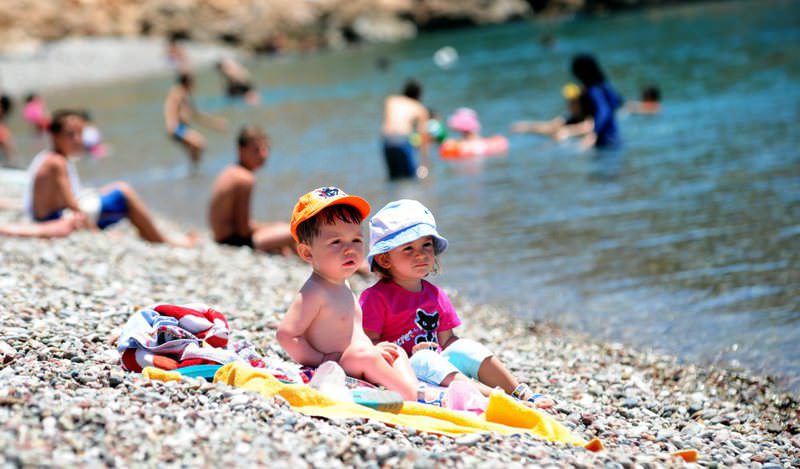 by Betül Alakent Apr 07, 2016 12:00 am
Following the decrease in the number of foreign tourists, tourism professionals have searched for ways to compensate for the loss and are now eying the public sector. Tourism companies have turned their focus to civil servants, which currently number 3.5 million in Turkey, and plan to offer a 30 percent discount to the public sector. Moreover, representatives of the tourism industry prepared reports to detail the cost-sharing plan, which will be in conjunction with the government, and the proposed plan was submitted yesterday to Culture and Tourism Minister Mahir Ünal. The Culture and Tourism Ministry is expected to agree to the plan and present it to the Cabinet. If the project is accepted, all civil servants and their families will be provided with a 30 percent discount in addition to the 35 percent discount applied for early booking campaigns. The proposal is expected to provide crucial mobility in the domestic market as well as put the sector at ease, which is currently struggling due to the military jet downing crisis with Russia, the ongoing conflicts in neighboring countries, terrorist attacks in Turkey and negative press from international media outlets.

The government has put the emergency action plan into effect for the tourism sector that provides it with TL 225 million ($78.9 million) in support and debt relief worth TL 288 million. Also, the government is expanding its fuel support program, which provided $6,000 to travel agencies that brought tourists from Russia and Commonwealth of Independent States (CIS) countries last year, to allow any travel agency from any country to qualify for the subsidy. Additionally, up to TL 100 million in credits are also being provided to the A Class agencies that brought at least 400,000 tourists before the credit application date.Aiming to close the year without losses, the Culture and Tourism Ministry has improved its promotional activities by focusing on market diversity, increasing its public relations campaigns and signing contracts with world-famous names such as Jennifer Lopez, Selena Gomez and Sting.

According to State Personnel Presidency data, 3.3 million people work in the public sector apart from the National Intelligence Agency's (MIT) personnel and positions. Out of the 3.3 million, 2,489,668 are civil servants, 15,915 are judges and prosecutors, 126,168 are academics, 107,110 are contracted personnel, 278,088 are other employees, 23,220 are temporary personnel, 237,040 are military personnel and 61,877 are personnel with special provisions (public banks).
RELATED TOPICS