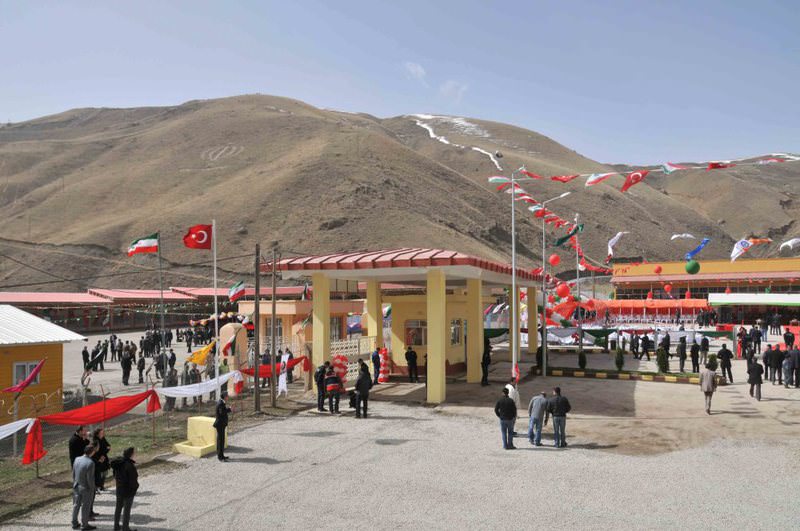 by Daily Sabah Apr 08, 2016 12:00 am
The government is currently renovating the Kapıköy border gate in addition to other border gates between Turkey and Iran, according to Customs and Trade Minister Bülent Tüfenkçi. "We will hopefully have laid the foundation for the Kapıköy border crossing by June," he said. Therefore, I think that we will be constructing an alternative gate when it is completed. Also, we care about information exchange in terms of speeding up the procedures in the field of customs."

Tüfenkçi held a meeting with Iran's information communications and technology minister, Mahmut Vaizi, and his accompanying committee at the ministry's meeting hall in Tehran. Stressing that he examined the Gürbulak border gate last week, Tüfenkçi added: "I found some shortcomings. We will hopefully demolish the gate and rebuild it. We will take precautions during the process."

In this context, the preferential trade agreement that we signed last year offers great opportunities; however, some shortcomings need to be removed during the implementation process. I hope these problems will be solved during the Joint Economic Commission (KEK) meetings, which will be held in Ankara and Konya," Tüfenkçi said, adding that they wanted to improve the trade volume between the two countries as well as friendly commercial relations in terms of natural resources and tourism. Adding that Iran and Turkey could evaluate the commercial opportunities among Islamic countries together, Tüfenkçi stressed that works need to be conducted regarding this matter, also addressing some of the problems Turkish businesspeople and transporters have encountered in Iran, noting that Iran should work on solving these problems on its own.
Last Update: Apr 08, 2016 1:07 am
RELATED TOPICS