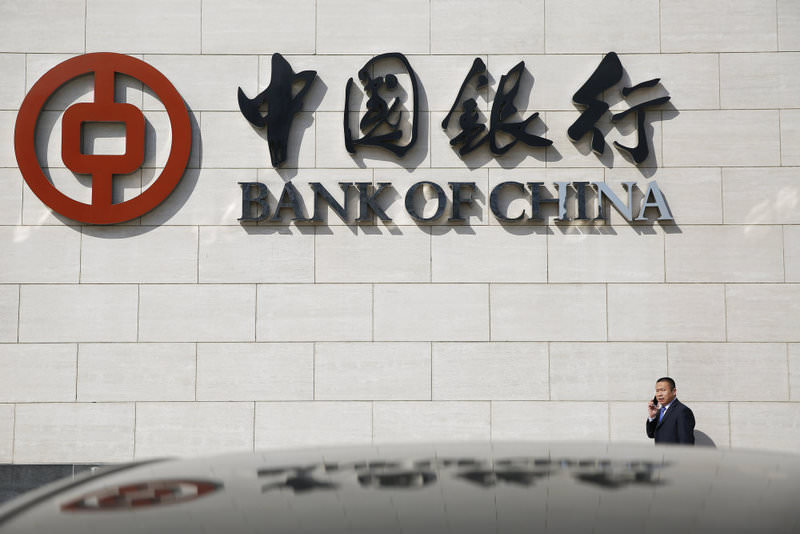 by Daily Sabah Apr 09, 2016 12:00 am
The Bank of China, which has been planning to enter Turkey for a year, is reported to have completed the necessary legal application process to be authorized to operate in Turkey. Turkey's Banking Regulation and Supervision Agency (BRSA) Chair Mehmet Ali Akben confirmed that the bank had submitted all the required documents and complied with the application procedures. Akben reported that the necessary written negotiations have been ongoing with Chinese authorities and that upon the completion of negotiations, the licensing work would start.

Akben noted that other than the application process, to start operations in Turkey, the Bank of China will have to spend plenty of time finding locations and establishing IT technologies, implying that a specific start date for operations cannot be determined now.

As China's most internationalized and diversified bank, the Bank of China provides a comprehensive range of financial services to its mainland as well as 41 countries and regions. The bank's core business is commercial banking, including corporate banking, personal banking and financial market services. Also, after the Bank of China Limited was incorporated in 2004, the bank was listed on the Hong Kong Stock Exchange and the Shanghai Stock Exchange in June and July 2006, respectively, becoming the first Chinese commercial bank to launch an A-Share and H-Share initial public offering and achieve a dual listing in both markets. In 2014, the Bank of China was again designated as a Global Systemically Important Bank, becoming the sole financial institution from emerging economies to be designated as a Global Systemically Important Bank for four consecutive years, according to information retrieved from the Bank's official website.

There are currently two Chinese groups that are highly interested in the Turkish banking sector -- the Bank of China and the Commercial Bank of China Limited (ICBC). The ICBC took over a majority stake in Tekstilbank from Turkish GSD Holdings to become the first Chinese bank to operate in Turkey. Last April, GSD Holding signed a contract to sell its entire 75.5 percent stake in Tekstilbank to ICBC, one of the four largest Chinese banks, for TL 669 million ($234.7 million).
RELATED TOPICS