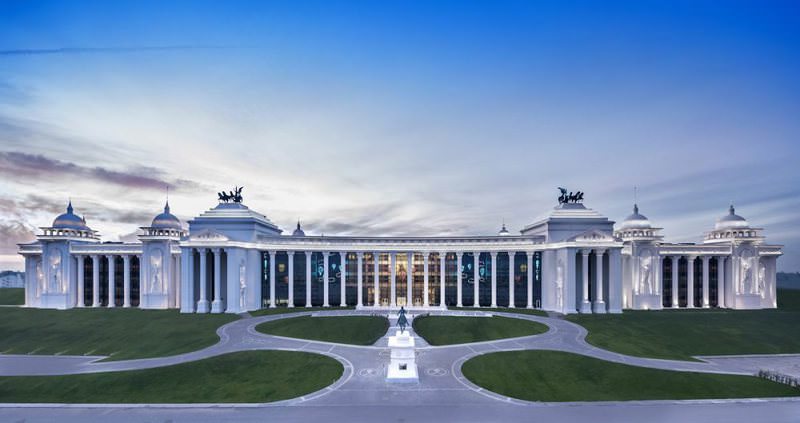 by Betül Alakent Apr 11, 2016 12:00 am
Dubai-based developer Emaar Group will partner with Rixos Hotels on a TL 1.2 billion theme park project, and a 50-percent partnership is on the table for the project, which is of great interest to the Emir of Dubai, Sheikh Mohammed. The Rixos Group constructed the first stage of the project, "The Land of Legends," in Belek, Antalya, which opens in May. International investors are keenly watching the project.

It was earlier reported that Rixos Group and the Emaar Group were in the last stages of negotiations for the project. According to the partnership agreement, the project has three stages and will cost TL 1.2 billion; the agreement is to be signed within a month. Expected to attract 1 million tourists to Antalya's tourism sector, the project should be completed by 2021.

Built over a total area of 639,110-square-meters, the Rixos Theme Park will cover an area equal to almost 76 football fields. Nearly 4,000 people were employed in the construction, and its first stage covering the hotel and the entertainment park has been completed. "The Land of Legends" was designed for children from management to rooms. The five-star hotel has 200 rooms, 31 suites in different sizes and four rooms for physically disabled guests. Each room has a 5D cinema, a double screen LED TV and PlayStation. The hotel offers a different holiday concept with shows and virtual platforms, such as simulations and animations using special technologies. The entertainment park includes 55 waterslides, art workshops, an area for bicycles and skateboards, a walking-track and stages for different activities.
RELATED TOPICS