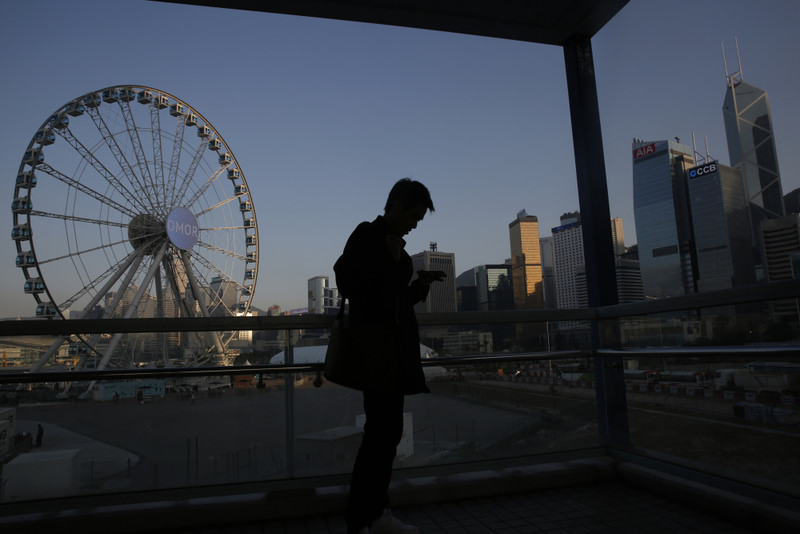 While the revelations from a big cache of documents leaked from the Panamanian law firm Mossack Fonseca are shocking the world, Hong Kong has emerged as a major design center for offshore vehicles

The same year Jasmine Li, whose grandfather was the fourth-ranked politician in China at the time, donned a floral Carolina Herrera gown and debuted at a ball in Paris, a company called Harvest Sun Trading Ltd. was born in an aging building at the edge of Hong Kong's red light district. The next year Li bought the company for $1. The revelations come from a tremendous cache of documents leaked from the Panamanian law firm Mossack Fonseca and published by the International Consortium of Investigative Journalists.

Hong Kong was Mossack Fonseca's go-to spot for financial intermediaries like P&P Secretarial Management, home to 2,212 accountants, banks and other middlemen Mossack Fonseca used to set up 37,675 offshore companies for its global clients between 1977 and 2015 - more than any other place in the world, according to ICIJ's analysis.

Hong Kong has emerged as a major design center for offshore vehicles, a place brimming with people expert at packaging and protecting wealth. The back pages of newspapers here teem with advertisements for corporate formation companies, one-stop shops promising fast bank account opening, corporate compliance, tax and accountancy services. Offshore vehicles are used to minimize tax, mitigate political risk, and circumvent onerous regulations in China. And they are completely legal. But Hong Kong's offshore financial machinery works so well, and so discreetly, that it can be abused by those seeking to hide illicit assets or evade taxes. As traditional havens, like Switzerland, cave to years of grinding pressure from European and American tax authorities, unsavory money is drawn to Hong Kong, which despite reforms, retains its reputation for secrecy, non-cooperation, and a light regulatory touch, watchdog groups and lawyers say.

"Hong Kong attracts this type of hot money from across the region and globally, partly because of its perceived stability," said Iain Willis, a partner at Latymer Partners, a corporate intelligence advisory firm in London. "'Light-touch' financial regulation, easy rules on company incorporation and limited transparency" add to its appeal, he said. China's Foreign Ministry dismissed ICIJ's reports as "groundless," and the government has aggressively censored discussion of them.

Hong Kong tax authorities said in an email Friday that they would "take necessary actions" based on the offshore leaks, and work to "enhance the efficiency and effectiveness" of enforcement as required.

Mossack Fonseca tapped P&P Secretarial Management - which is run by an accountant named Wai-hon Chiu, according to corporate filings - to register Harvest Sun Trading in the British Virgin Islands. P&P Secretarial is not listed in the telephone directory, and its contact details are not easy to find on the Internet. Its name is not among the three businesses listed at the entrance to the second-floor office it now occupies in Hong Kong's Wan Chai district. The front door opens onto a lone ivy plant stuck in a corner of two blank white walls. There is no receptionist, and unannounced visitors are not welcome.

"The boss is away. He will be back next week," said a woman in a dark dress, who confirmed that P&P Secretarial did indeed have a presence in the office which did not bear its name. Great fortunes run through small offices like this, and not just from clients of Mossack Fonseca, which derived nearly a third of its business from Hong Kong and China, according to ICIJ.

"It's quite natural that Hong Kong would grow to play a significant role in the plumbing infrastructure of globalization," said Martin Kenney, an asset recovery lawyer in the British Virgin Islands. "They are the architects, designers and engineers of the structures."

In part, the prominence of offshore vehicles in Hong Kong has to do with its special relationship with mainland China. Many investors set up offshore vehicles so they can sell mainland assets without being subjected to layers of government approval. Others have used, and sometimes abused, offshore structures to take advantage of China's tax breaks for foreign companies. More foreign direct investment to China between 1979 and 2014 ostensibly came from the British Virgin Islands than from anywhere else, aside from Hong Kong, according to the U.S. Congressional Research Service.

Hong Kong does not tax income that originates abroad, a policy that supports the proliferation of foreign-registered companies. Hong Kong's independent legal system and effective escape route from mainland China's currency controls - it's easier to move money between mainland China and Hong Kong than elsewhere - also add to its appeal, lawyers say.

The Panama Papers, together with past leaks published by ICIJ, show how China's own political and economic elite use Hong Kong intermediaries to get their money out of China. While the leaks contain no allegations of wrongdoing, they are a sore spot for China's top leadership, which has been trumpeting nationalism and moral virtue as it tries to slow capital flight and fight corruption. Much of the wealth that runs through Hong Kong comes from mainland China, which is widely seen as a growth market in the offshore industry. The top source of funds that Mossack Fonseca helped move offshore was China, according to an analysis of ICIJ data by the Guardian newspaper.
RELATED TOPICS