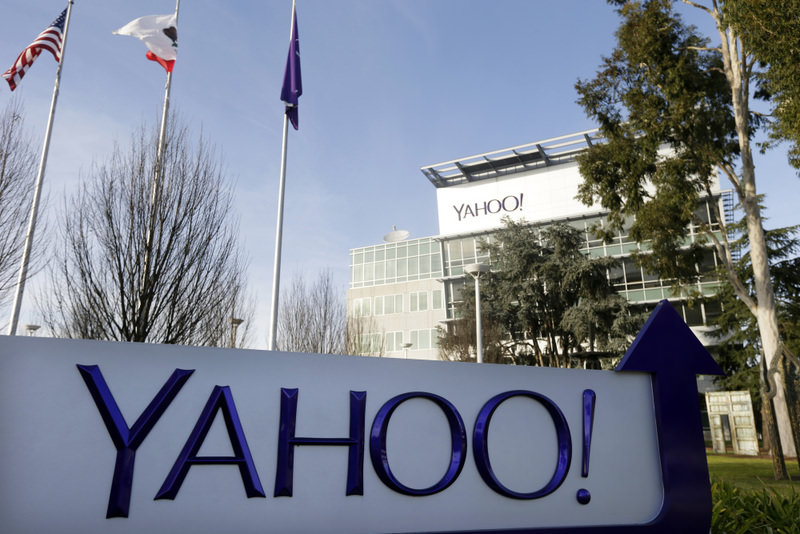 The parent group behind the British tabloid Daily Mail revealed it is in talks over a potential bid for U.S. Internet giant Yahoo with six private equity firms to help finance a possible bid

The owner of Britain's Daily Mail newspaper and media group is in early talks over a bid for the ailing U.S. internet company Yahoo. A spokesman for the DailyMail.com said Sunday that, given the success of its site and Elite Daily, it has "been in discussions with a number of parties who are potential bidders." He said the talks are in a very early stage and there is no certainty any transaction will take place. Yahoo did not respond to a request for comment.

The Wall Street Journal first reported that the Daily Mail was speaking with private equity firms about an offer. Yahoo is under intense pressure to revive its revenue growth and activist investor Starboard Value, a big stakeholder, is pushing for a change in leadership.

Earlier this year, Yahoo cut 15 percent of its workforce, 1,700 employees, along with branches of the company that CEO Marissa Mayer deemed unworthy of continued support. It pulled the plug on an online video hub that had once been envisioned as Yahoo's answer to Netflix and YouTube.

Starboard last month announced its intent to overthrow Mayer and the company board. It is the third attempted coup at Yahoo since 2008, all led by different shareholders frustrated with attempts to turn the company around.

Starboard nominated nine alternative candidates to oppose Mayer and Yahoo's other directors at the company's annual shareholder meeting in June. Yahoo's business has declined under Mayer even as advertisers pour more money into digital marketing, with most of it flowing to rivals Google and Facebook. Shares of Yahoo have fallen about 30 percent since the end of 2014, increasing pressure on Mayer to take more drastic measures.

The Daily Mail is one of the 10 most visited newspaper websites in the world according to the Pew Research Center.

Founded in 1896 by brothers Alfred and Harold Harmsworth, the newspaper has been a family run operation throughout its history. It has relied on a tabloid mix of conservative political views and celebrity gossip to drive sales, and has invested heavily in the internet. In 2015, the group reported adjusted pretax profit of 281 million pounds on revenue of 1.85 billion pounds, with 49 percent of revenue coming from abroad.

The group includes DMG Events, which puts on business exhibitions and conferences around the world and Euromoney Institutional Investor Plc, which produces business-oriented publications such as Euromoney and Metal Bulletin. It also holds stakes in firms such as the Zoopla real estate website in the U.K.

"Given the group's financial strength, we are well placed to take advantage of the changes sweeping through the media and business information markets," Chairman Harold Harmsworth said in the group's 2015 annual report. In the United States, the publication is known as the DailyMail.com.
RELATED TOPICS