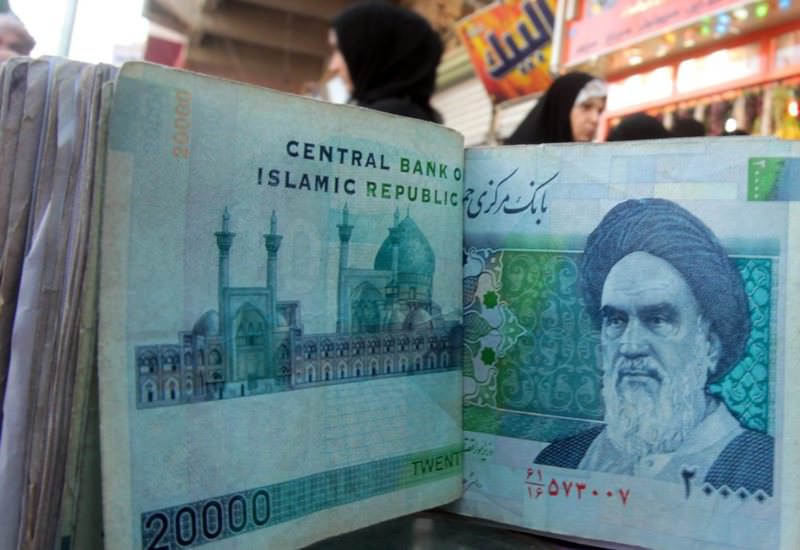 by Apr 21, 2016 12:00 am
Iran may technically be open to foreign investors after a nuclear deal with Western powers, but many sanctions remain, deterring potential business partners who fear the United States could hit them again with punishing fines.

In January, the U.S. and other Western powers lifted sanctions related to Tehran's nuclear program, mostly on oil exports and financial transactions. But it remains on Washington's sanctions list in other areas, notably for its missile program, allegedly supporting terrorism and its human rights record. "Iran sanctions are still very much alive," Farhad Alavi, a U.S.-based lawyer specializing in sanctions application, told Agence France-Presse (AFP). This echoes remarks by John Smith, acting director of the U.S. Treasury Department's Office of Foreign Assets Control (OFAC), to a congressional panel in February that "broadly, the U.S. primary embargo on Iran is still in place."

Most importantly, the Islamic Republic remains on an international blacklist owing to its alleged sponsoring of what Washington and its allies regard as terror groups. This means that U.S. banks, or major foreign banks with U.S.-based operations, are fighting shy of handling Iranian funds, fearful they could suffer a repeat dose of fines totaling some $15 billion over the past five years handed down by U.S. regulators. "As we offer banking services through our US operations we are required to continue to restrict business activity with Iran," Barclays CEO Jes Staley said. The biggest fine for sanctions violations, at $8.9 billion, was slapped on BNP Paribas but the likes of HSBC and Commerzbank also suffered. Still, since an agreement nine months ago limiting Tehran's nuclear program to "exclusively peaceful" purposes, followed by "Implementation Day" in January, both sides have been exploring a revival of business links.

"Progress is real and tangible," said Sanam Vakil, Middle East specialist and lecturer at Johns Hopkins University. "Technically, Iran is open for business without a doubt," Vakil told AFP. "An overall thaw and loosening is evident," added Alavi, but "the 800-pound gorilla in the room is that the U.S. and Iran have still not reconciled" politically, he told AFP.

The Financial Action Task Force (FATF), which sets international standards to combat money laundering and terrorism finance, said after its recent annual meeting in Paris it remains "exceptionally concerned about Iran's failure to address the risk of terrorist financing and the serious threat this poses to the integrity of the international financial system." The FATF therefore continues to bracket Iran with North Korea as a non-cooperative jurisdiction with "strategic deficiencies [that] pose a risk to the international financial system." That means Washington will not be throwing out its 2012 Iran Threat Reduction and Syria Human Rights Act just yet.

Even so, FATF executive secretary David Lewis told AFP that Tehran does want to engage. "They have approached us. They have shown a willingness to start cooperating with us, [and] we will be engaging with them in the near future on that," Lewis said.

Nigel Coulthard, former president of Alstom in Iran and chairman of the Paris-based association Cercle Iran Economie, said political change is tangible, even if "the regime still has a firm grip on things." For Alavi, "economic globalization has forced a sea change in thinking on both sides, especially in Tehran. The necessities of pragmatism dictate" a lasting improvement. But Coulthard also cited ongoing frustration in Europe over "American pressure" to force European firms "to be over-compliant in even the most legitimate business" inside Iran.
Last Update: Apr 21, 2016 1:08 am
RELATED TOPICS