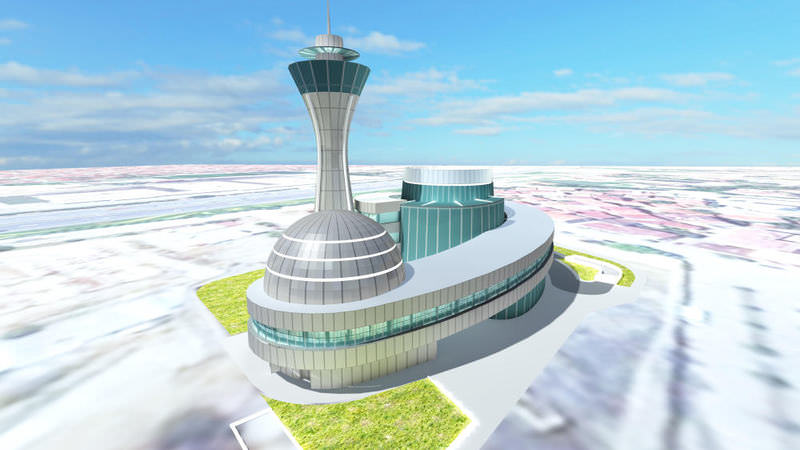 by Şeyma Eraz Apr 22, 2016 12:00 am
Istanbul Bilim Merkezi Üsküdar (Istanbul Science Center Üsküdar), a science center that has been constructed in Istanbul, will open in October. A Turkish company that specializes in project design and the production of science & exhibition centers, Asal Bilim, aims to develop a science institution in Turkey that can train a new generation of scientists, generate scientific research, export technology and compete with its equivalents in the West. The complex will have an indoor area of 35,000 square meters consisting of special galleries, workshops and research and development (R&D) centers focused on space and satellite technology, natural sciences, robotics and medical technology. The center will also include the largest planetarium in Turkey, where visitors can see the old and new city layouts of Istanbul through digital binoculars from a 54-meter-tall observation tower. The Istanbul Science Center Üsküdar will be home to the largest exhibition areas and science museum in Turkey with multi-purpose halls, an extraordinary conference hall, a fitness center and two swimming pools. The giant scientific complex, which is expected to host 450,000 domestic and foreign visitors a year, aims to raise public awareness of science and technology among young people, with activity modules that appeal to all age groups.

The world-class science center aims to boost interest in science and turn this into technological investment and scientific research. The complex includes six workshops and laboratories, much like universities, where talented young people can display their potential and carry out experiments. The workshops will offer facilities with up to 25,000 student capacity per year. Moreover, they will support at least 500 capable children and young people in carrying out scientific research, joining international competitions and obtaining patents for their projects. They will also be assisted in directing their discoveries to relevant industrial institutions.

Stressing that now, in the 21st century, there is an increasing need for scientific centers, Asal Bilim Chairman Esat Ertaç Erbesler said the center will pave the way for the training of future scientists of such caliber as Nobel laureate Aziz Sancar. He added, "We need global centers that will satisfy our need for scientific research so that we can raise a new generation of respected scientists such as Sancar, who is a source of great pride for us. We must change our outlook." He also noted that the science complex, which is being developed in consideration of Turkey's specific needs, will be the new destination for science tourism, a rising trend around the world. Pointing to the fact that leadership is possible at any age with technological and scientific sophistication, Erbesler further stated that the new science center will be a complex geared toward innovation which will enable young people to carry out scientific research to such a degree that was not previously considered possible. According to Erbesler, the center will initiate sponsorship talks soon, aiming to develop projects with national and international companies which focus on, implement and support corporate social responsibility projects.
Last Update: Apr 22, 2016 1:54 am
RELATED TOPICS