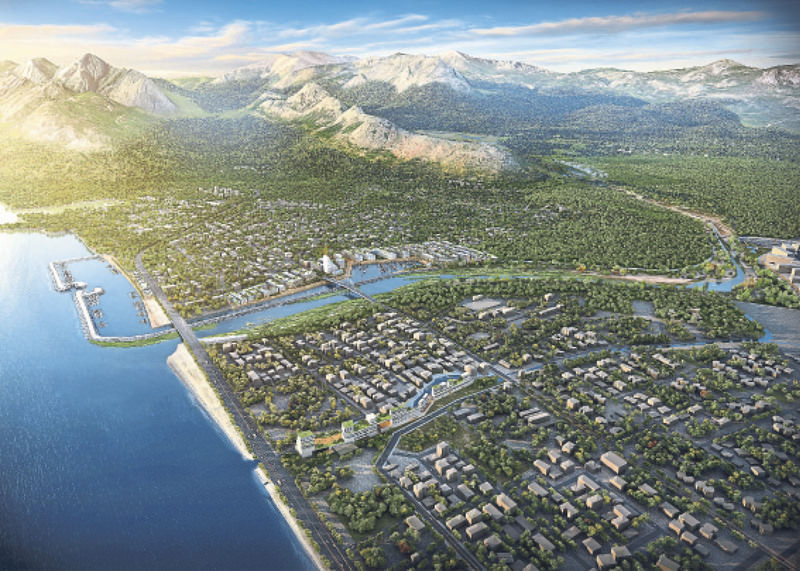 The Boğaçayı Project, Antalya Metropolitan Municipality Mayor Menderes Türel's 'Project of the Century', drew worldwide attention to Antalya. The huge project, which is expected to cost $ 1 billion, has been the center of investor interests

The Boğaçayı Project, which will dominate Antalya's future, will add important brand value to the city. Following Canal Istanbul, Turkey's second "Project of the Century" – the Boğaçayı Project – will also provide protection against floods. After the announcement of the Antalya Metropolitan Municipality's visionary project, major investors fixed their eyes on Antalya. International finance institutions, including the World Bank, have offered to provide a loan to the municipality.

The Boğaçayı Project also features two separate marinas, one indoor and one outdoor, along with public wellness centers, making it an important center of attraction in Antalya. The project, which will double Antalya's brand value, will not only drive up real estate prices in Antalya but also in neighboring regions.

In addition to providing Atalya with brand value, the Boğaçayı Project will also add value to Antalya's economy. Shopkeepers will gain economic profit while the project is undertaken and 10,000 people will be employed once the project is finished. Described as "The Project of the Century" along with Canal Istanbul, the Boğaçayı Project will also introduce a new 40-kilometer coastline in Antalya. The coastline will consist of various features such as walking trails, marinas, social activity areas, cafes and art centers.

Mayor Türel said that the project was undertaken to try to prevent huge waves and massive flooding caused by heavy rain and that it is not a small-scale project that can be completed in less than five years. He stated that the construction of the project will be carried out in stages and the first phase of the construction will focus on flooding prevention, the second phase will concern management of sand and pebbles; the third phase will center on seawater salinization works; and the last phase will include the upper structure buildings, the face of the project. "We are planning to finish the first two-kilometer part of the project during the first stage," added Türel.
Last Update: Apr 22, 2016 2:02 am
RELATED TOPICS