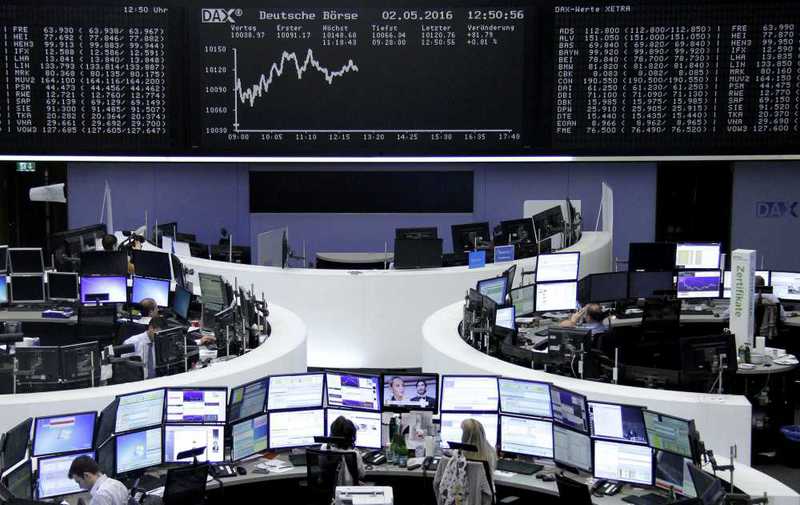 As oil prices rose yesterday, Europe shares, which had been losing value for four days, recovered 0.2 percent. While eyes are set on U.S. payroll data out Friday, the dollar is backed by optimism about the U.S. economy

European stocks and oil prices snapped a four-day losing streak and a rally in bond markets fizzled out on Thursday, as investors began to position themselves for U.S. jobs data.

The pan-European FTSEurofirst 300 index, which had fallen 1.2 percent to its lowest level in nearly a month in the previous session, rebounded 0.2 percent as firmer oil prices helped the region's big producers.

Wall Street was expected to start modestly higher too though trading was likely be low key given payrolls data on Friday, viewed as having the most direct influence on potential U.S. interest rate moves.

There was a stark warning from Japan's Prime Minister Shinzo Abe that the global economy could end up "plummeting into crisis," It came after Asian shares has seen a seventh straight day of falls overnight albeit tempered by relief that at least the yen appears to have stabilised having torn to an 18-month high this week.

Abe had said on Wednesday that Japan could act to weaken the yen if necessary. At the same time the dollar has been supported by optimism that the U.S. economy could be finding some traction again having nearly stalling at the start of the year.

Bond markets had noticeably cooler feel, having seen one of their sharpest rallies of the year so far over the last week.

Yields on 10-year German Bunds and U.S. Treasury notes hovered at 1.179 and 0.193 percent, having both just hit their lowest in two weeks . The gap between Italian and German government borrowing costs hit its widest level in nine weeks however, after Rome announced an unscheduled bond exchange and investors readied for a potentially sweaty series of political events in Europe.

Stalled talks between Greece and its international creditors over financial aid, as well as Spanish elections and Britain's referendum on EU membership next month have led investors to reduce their exposure to riskier assets. "We are cautious on the direction for the periphery and expect more volatility," Mizuho strategist Antoine Bouvet said.

The seventh straight dip for Asian shares overnight followed mixed economic data that did nothing to assuage concerns about global growth.

The latest survey from China showed the service sector expanded at a slower pace in April, though firms did resume adding staff.

The Caixin/Markit services purchasing managers' index (PMI) dropped to 51.8, from 52.2 in March, but at least stayed in growth territory. Hong Kong's version of the PMI slid into a deeper contraction to touch an eight-month low.

The patchy outcomes left Shanghai stocks flat while trade across the region was stifled by a holiday in Japan.

But other figures showed private employers hired the fewest workers in three years, sparking concerns the payrolls report might also disappoint. Friday's jobs figures are forecast to show a solid gain of 202,000 in April with unemployment steady at 5 percent.

"I think what has taken place more than anything else over the past 48 hours is the questioning of the reflation trade that was starting to be latched on by many, especially when you consider the recent price action in the USD, commodities and equities," CitiFX analysts said in a note.