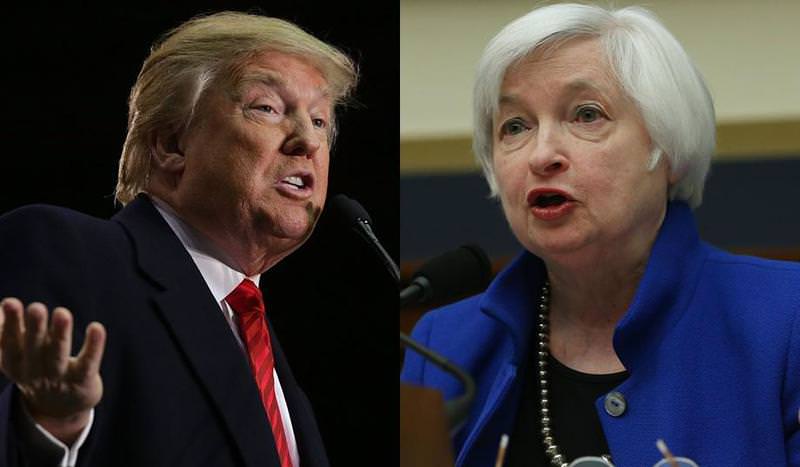 by Daily Sabah May 07, 2016 12:00 am
U.S. Republican presidential candidate Donald Trump said he would replace Federal Reserve Chair Janet Yellen for not coming from the Republican Party if he is elected president in the upcoming elections.

Appearing on a program on CNBC, Trump spoke about what changes he would make in the economy if he were elected president in the Nov. 8 elections. He said he prefers low interest rates, as does Yellen, who keeps interest levels low. He added, however, that he would most probably not reappoint her when her period of office ends in 2018 for not being from the Republican Party. Trump also said that low interest rates in the U.S. regulate public debt of more than $19 trillion, adding: "We're paying a very low interest rate - what happens if that interest rate goes up 2, 3, 4 points? We don't have a country. We have tremendous debt, tremendous."

Stressing that the U.S.'s long-term high public debt must be refinanced, Trump said he defines himself as a "king of debt." He said this process would be a very fragile one and that he would renegotiate U.S. trade agreements with other countries if elected. He pointed to the fact that China's frequent change of its national currency negatively affects U.S. trade.
RELATED TOPICS