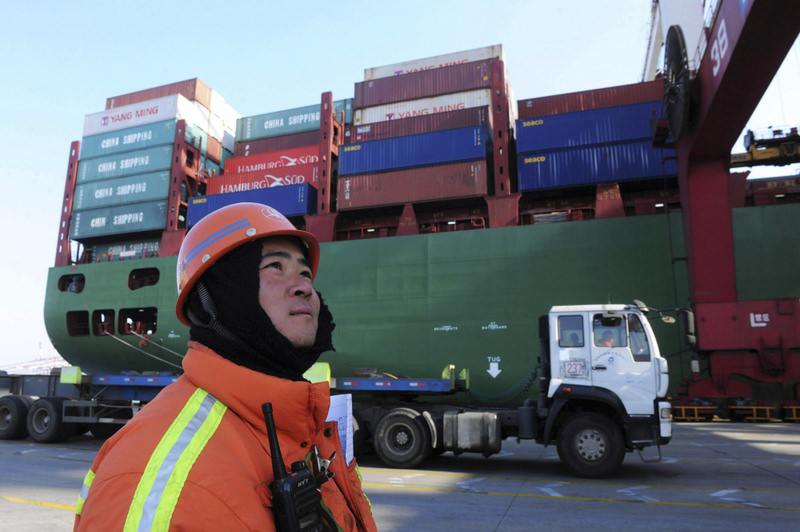 by Associated Press May 11, 2016 12:00 am
China's Cabinet has approved measures to boost exports in a move that might inflame tensions with Western trading partners that accuse Beijing of flooding their markets with steel and other goods at improperly low prices.

The announcement late Monday comes as Beijing struggles to reduce a glut of goods in an array of industries and reverse an export decline that threatens to cause politically dangerous job losses. Its efforts so far have prompted complaints by European and U.S. steelmakers and others that it is violating free-trading pledges. In its latest measures, the Cabinet promised more bank lending, an increase in tax rebates and support for export credit. Chinese exports contracted by 1.8 percent last month compared with the same period last year and are down 7.6 percent so far this year.

"The foreign trade situation is complicated and grim," said the Cabinet statement. "Promoting foreign trade to return to stability is important for economic stability and upgrading."

Beijing is trying to shrink bloated companies, many of them state-owned, in industries including steel, coal, glass, cement and aluminum in which supply exceeds demand. That has led to price-cutting wars and heavy losses. Monday's announcement follows a Cabinet announcement last month promising to boost steel exports with bank loans and other support. In March, Washington responded to a flood of low-cost steel from China by announced anti-dumping tariffs of up to 266 percent on some Chinese steelmakers. Britain's government faces pressure to act after Tata Steel cited low-cost Chinese competition when it announced plans in April to sell money-losing operations there that employ 20,000 people.
RELATED TOPICS