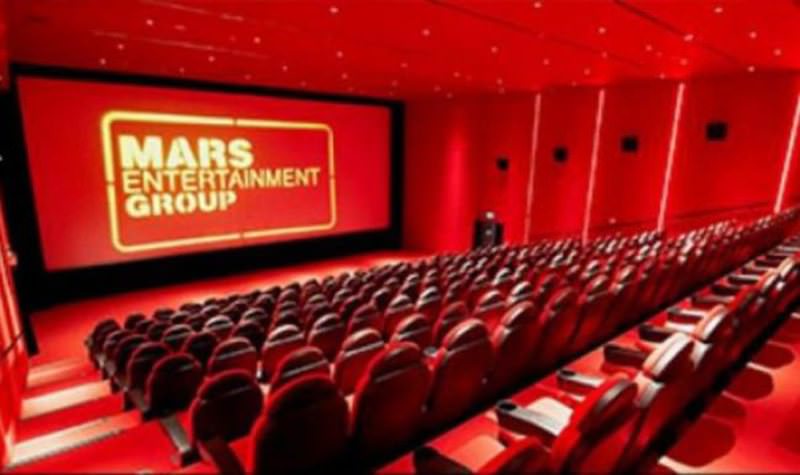 by Daily Sabah May 12, 2016 12:00 am
CJ CGV Co. Ltd., South Korea's largest movie theater chain operator, is expanding to Turkey. The group will acquire 13 percent of Turkey's biggest cinema group, MARS Entertainment Group A.Ş., for $85 million, marking their second purchase in just one month. While the South Korean giant bought 38 percent of MARS Cinema Group's total shares in April, the group has increased its total shares 51 percent with this latest purchase. In early April, CJ Group announced that, along with its partners, it would acquire 100 percent of MARS Entertainment for 605 million euros in total.

CJ Group also announced in April its interest in the Turkish market, reporting in a filing it would acquire a 38 percent stake in MARS, which operates 710 screens under the brand Cinemaximum, while multiple unnamed partners will acquire the remaining 62 percent. MARS Entertainment Group was founded in 2001 by Menderes Utku and Muzaffer Yıldırım. By 2015, MARS Cinema ran 736 screens in 83 cinemas in 32 cities across Turkey. In addition to movie theaters, the group also operates fitness centers and spas under the MAC name. MAC sports centers will not be included in the deal.

Goldman Sachs and Morgan Stanley is consulting for the Actera Group and Esas Holding, the minority shareholders of MARS, while Citigroup is consulting for CJ CGV. CJ CGV has operations in China, the United States, Vietnam, Indonesia and Myanmar in addition to South Korea, where it runs 249 cinemas. South Korea plans to expand into the European market through Turkey, which makes the acquisition of MARS Group a strategic investment for CJ CGV.
RELATED TOPICS