Beşiktaş to lower its debt in the short-term 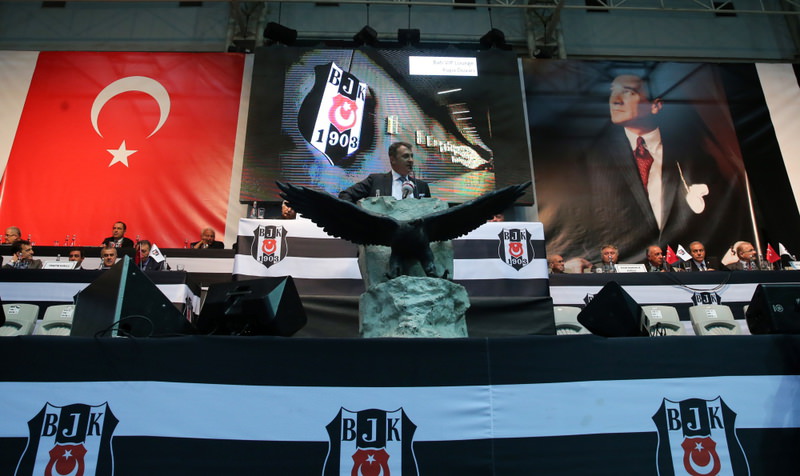 by Daily Sabah May 16, 2016 12:00 am
The Beşiktaş Club Ordinary Administrative and Financial General Meeting was held at Beşiktaş Club Akatlar Sports Complex on May 14 where Beşiktaş Football Club's funded liability was declared as TL 1.3 billion ($437.73 million).

Meanwhile, Tuncel said the largest amount of revenue was managed in the Eagle's Nest - the official symbol of the football club - in 2015 for the first time since 2012, with a 34 percent increase in revenue. He said one of their biggest revenue sources, football player transfers, generated TL 56 million in income this year.
RELATED TOPICS