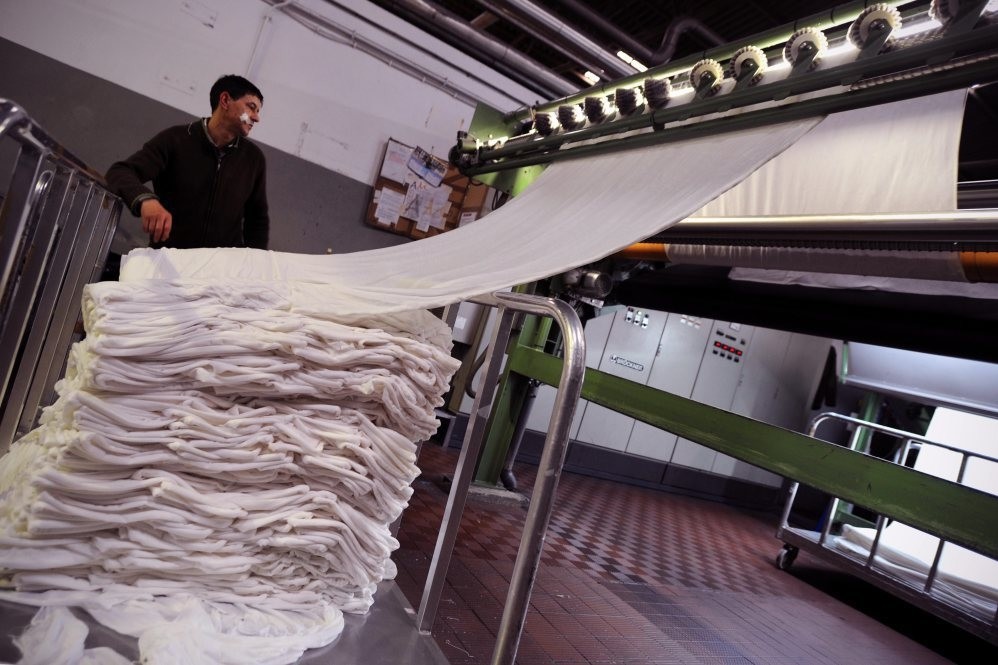 by Daily Sabah May 19, 2016 12:00 am
Speaking to reporters, Foreign Economic Relations Board (DEİK) President Ömer Cihad Vardan said they were considering employing Syrian refugees in labor-intensive sectors, particularly in textiles, and to sell duty-free textile products to the United States.

Stressing that this idea was still in development, Vardan said they are currently working on employing Syrians, especially in the textile sector, and exporting these products produced in Turkey duty-free to the U.S. on the condition that the materials were imported from the U.S. Vardan said they would discuss this issue with businesspeople as part of the U.S.-Turkey Framework for Strategic Economic and Commercial Cooperation (FSECC), and if the idea is approved, it would later be submitted to both governments as a recommendation. Adding that the FSECC was established after U.S. President Barack Obama's official visit to Turkey in 2009, Vardan said the FSECC consists of 11 Turkish and 11 American firms, and these firms offer recommendations on how to solve joint problems and improve relations between the two countries.

Vardan said they were currently working on the project and the status of Syrians with the FSECC. According to Vardan, the problems are bilateral. While the first problem is to find a mechanism that can provide employment for Syrians in Turkey, the second is to pave the way for textile exports to the U.S. He also recommended the creation of an organization to facilitate this process. Vardan highlighted that customs taxes are paid when goods enter the U.S., and Turkey has a specific quota for textile exports. Since Turkey has been unable to sell the same quantity of goods it has in the past and numbers have dropped significantly, Vardan said they are working to return the situation to normal. Moreover, if it were not possible in the current situation, then they would create an alternative solution.

Vardan suggested that Syrians should be employed. During this process, the U.S. should provide cotton so that everyone - the U.S., Turkey and Syrians - will benefit. This is the type of mechanism they are currently trying to build, according to Vardan.
RELATED TOPICS