Turkish firms give hope for future in defense industry 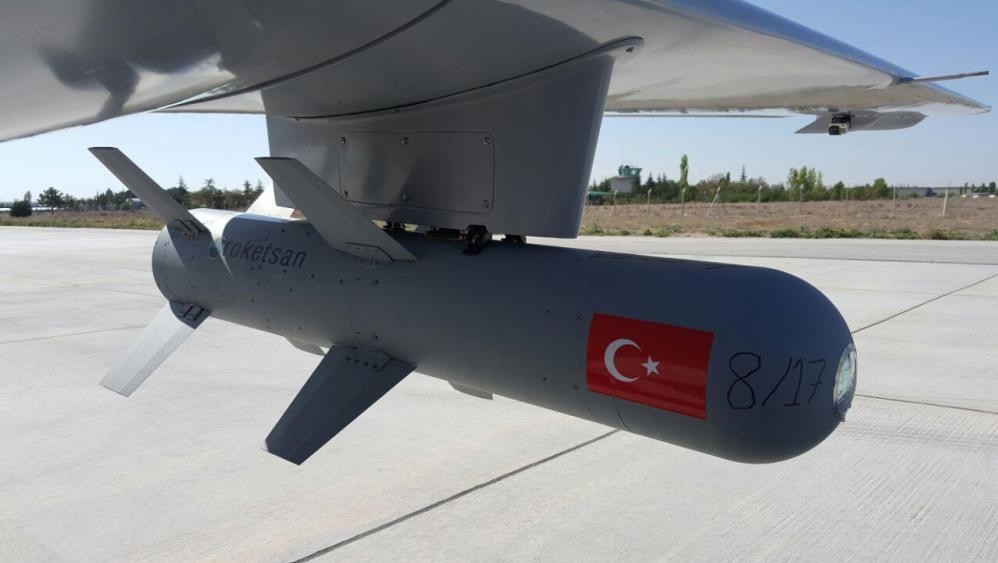 In a first, Turkish u2018Bayraktaru2019 successfully unmanned aerial vehicle hit its target with an MAM-L smart ammunition projectile manufactured in collaboration with Kale-Baykar.
by Daily Sabah May 20, 2016 12:00 am
Even though Turkey has come to produce its national tank, helicopter and unmanned aerial vehicle (UAV), Defense Industry Undersecretary İsmail Demir said large companies operating in the Turkish defense industry do not fully display their potential, as they do not act courageously enough when it comes to industrialization and technology. Speaking at an introductory meeting of the Industrial Cooperation between the aerospace and defense Industries, which will be hosted under the auspices of the Defense and Aviation Cluster (OSSA) of the Middle East Industry and Trade Center (OSTİM) in Ankara from Oct. 11 to Oct. 13, Demir criticized the CEOs of sponsoring companies for not attending the introductory meeting. "This shows the importance being attached to the matter," he said.

Addressing the problems faced by small and medium-sized enterprises (SMEs) regarding bargains and advantageous deals, Demir suggested that large companies must change their attitudes and voluntarily initiate endeavors to intensify industrialization and technology activities without being forced to by the Defense Secretary Undersecretariat. "We are firm and resolute about this," he said. Pointing to the fact that the defense industry is experiencing major developments, Demir said there is still a long way to go to achieve all the slated goals. "We will strive to curb the storm of emergency purchases that the sector is experiencing recently. As we invite foreign companies to invest in Turkey, we must address the factors that will attract them. Now, companies in our defense industry must cease to be secondary subcontractors. They must be primary subcontractors and have a priority to become one of those leading companies that stand out among all defense companies in the world," he said.

OSSA CEO Mithat Ertuğ stressed that the aerospace and defense industry has reached a commendable level to produce its own tank, helicopter and UAV thanks to major steps it has taken in recent years. Adding that the sector offers great opportunities to SMEs, Ertuğ said the defense subsidiary industry, which includes many SMEs, generates 30 percent of total turnover achieved by the overall defense industry. "This clearly reveals the importance of SMEs for the sector," he said.
Last Update: May 20, 2016 1:20 am
RELATED TOPICS