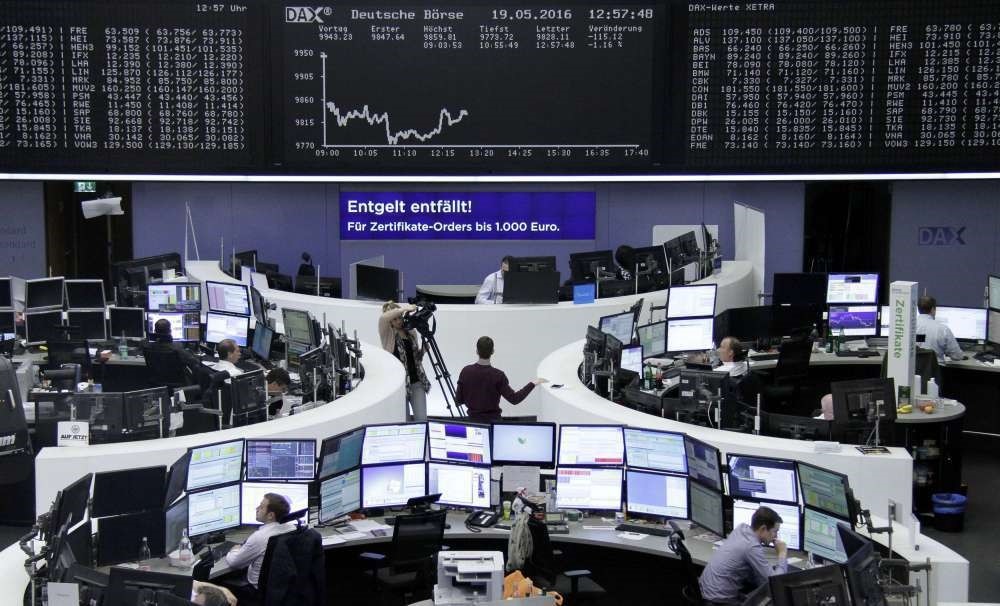 Along with growing speculation of the U.S. Federal Reserve hiking interest rates again, markets appetite for risk started rising with stocks seeing high gains and the rise in the dollar losing momentum

The dollar cruised to its third straight week of gains on Friday as stock and commodity markets showed signs that they might be able to manage another U.S. interest rate hike in the coming months.

The share gains were helped by a 5 percent jump for Italy's biggest bank UniCredit on reports it plans to sell parts of its business to improve its finances and as commodity stocks cheered higher oil and metals prices.

The dollar, a dominant force in markets this week, was keeping close to two-month highs after it had passed $1.12 per euro and 110 yen for the first time since March, buoyed by a jump in U.S. bond yields.

"The question for traders now is whether this Fed rate hike issue is a 'risk-on' or a 'risk-off' situation," said Saxo Bank FX strategist John Hardy.

"Our interpretation is that they want to do a June move, especially now Brexit chances seem to have dropped right off."

The Swiss franc, the largest beneficiary among currencies of the shakiness that has clouded the global economy since the 2008 financial crash, was set to close at its weakest since a dramatic revaluation in January of last year.

German Bund yields were heading for their biggest weekly rise in a month while Britain's pound, despite a dip on the day, was on course for its strongest week against the euro since last October.

Currencies are likely to be a topic at the G7 finance leaders' meeting in Japan on Friday and Saturday. The meeting could expose differences on a range of issues from FX tinkering to broader fiscal and interest rate policies.

New York Federal Reserve President William Dudley, a permanent voting member of the central bank's rate-setting committee, said there was a strong sense among Fed officials that markets were underestimating the probability of U.S. rate hikes.

Dudley said he was "quite pleased" investors had apparently increased bets that a rate hike would come soon.

Markets are pricing in a 32 percent chance of a rate hike in June, according to the CME FedWatch tool, up from 15 percent on Tuesday. A majority now expect a rate hike at the July meeting.

"The Fed has regained the upper hand here," strategists at Brown Brothers Harriman said. "Moreover, the response by the dollar and the interest rate markets suggest monetary policy still matters."

Continuing fears about supply outages in Canada and Nigeria bolstered crude oil even as the prospect of a U.S. rate hike and potentially higher dollar, prompted some investors to take profits after recent gains.

The dollar's gains weighed heavily on gold, meanwhile, setting the precious metal on track for its biggest weekly decline in eight weeks. Spot gold hovered at $1,256 in Europe after losing 2 percent over the previous two sessions and roughly 1.5 percent for the week. Key industrial metal, copper was also on track for a third weekly fall.

Emerging market stocks were also feeling the pressure as they managed only a minor 0.5 percent rebound after a fourth straight week of losses.

MSCI's broadest index of Asia-Pacific shares outside Japan ended pretty much flat on the week having seen currencies there largely bow to the dollar. Japan's Nikkei recovered from an early stumble to end the day up 0.5 percent and 2 percent on the week. Chinese shares were down for a fourth week though on nagging concerns about its economic health.