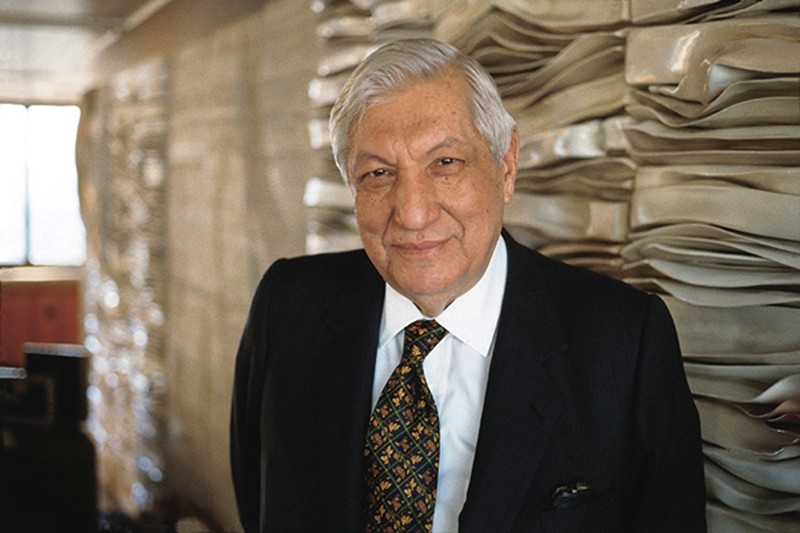 Renowned Turkish businessman İbrahim Bodur of Kale Group, the pioneer of ceramics industry in Turkey, passed away Monday at the age of 88.

His body will be buried in the family cemetery in the village of Nevruz in Çanakkale's Çan district after funeral services and prayer at the Kaleseramik Fabrikaları (Kale ceramic factories) Mosque on Wednesday.

Bodur, the founder and honorary president of the group, was born in the northwestern province of Çanakkale. After his success at Robert College in Istanbul, Bodur went to the U.S. and after completing his MBA returned to Turkey in 1951.

Kale Group, which closed in 2015 with more than $1.5 billion in revenue, sells products to 100 countries. The group, however, has recently experienced problems with exports, mainly in the neighboring region, Kale Group Chair Zeynep Bodur Okyay said on April 24. "We have faced serious problems with our exports to the neighboring region, mainly in 18 countries, such as Iraq and Algeria. Due to these problems, we have eyes on new markets, mainly the United States and European markets," she said, adding that there were also problems in the domestic market.

The group has a total of 17 companies ranging from the defense sector to the energy and tourism sectors. The Kale Group is the largest construction chemicals producer and seller in Turkey and fifth-largest in Europe