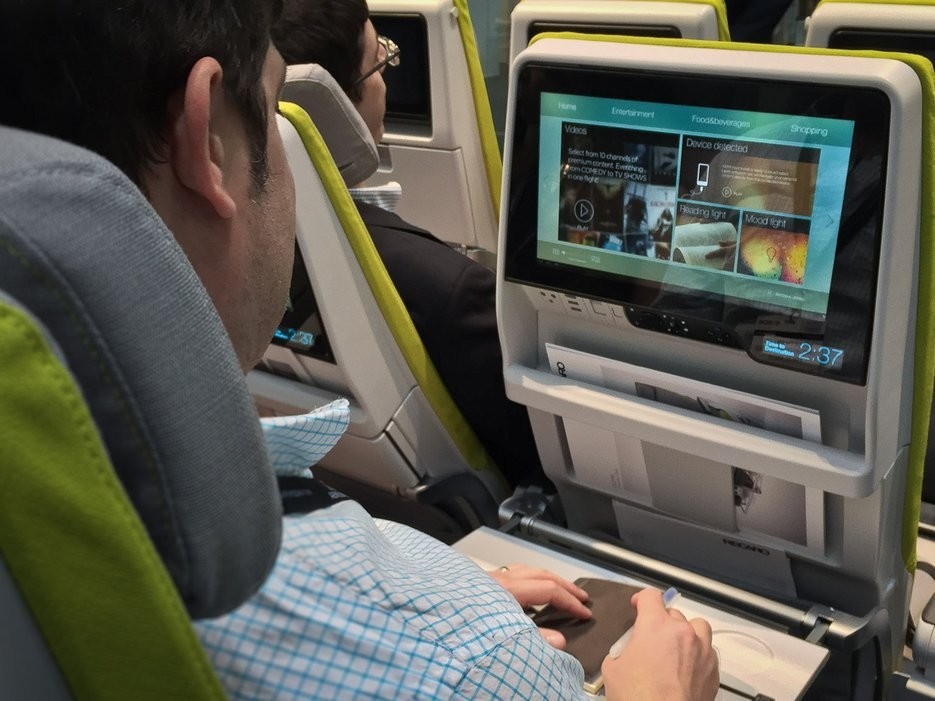 by Daily Sabah with AA May 24, 2016 12:00 am
Turkish Airlines (THY), which is the official airline partner of the UEFA Euro 2016, has launched its special campaign for the UEFA Euro 2016 tournament, which will be held in France between June 10 and July 10, titled "Meet Europe's Best."

The campaign includes television commercials, a specially painted plane, free tickets and a specially designed microsite. As a part of the campaign, which will be in place throughout the tournament, it will be possible to watch live coverage of UEFA matches during certain THY flights. Furthermore, the French cities of Paris, Marseille, Lyon and Nice, which will be hosting the event, will offer activation zones for THY and the most important spots in Paris, particularly the Champs Elysees, which is the busiest street in the city, will display THY branding throughout the tournament.

According to a 2015 Skytrax survey, THY has been voted the best European airline for five consecutive years and is known as an airline company that offers flights to the greatest number of international destinations. THY is making major contributions promoting Turkey thanks to numerous sporting and cultural activities that it realizes on global platforms.

The campaign is being conducted through a specially prepared microsite, MeetEuropesBest.com, which includes users' social media posts that include the hashtag #EuropesBest. Fans that use this hashtag to support their teams will have the opportunity to win flights and match tickets to watch UEFA Euro 2016 matches live in France with a friend. They will also have an opportunity to win complimentary accommodation in France. THY has equipped one of its A330-300 passenger planes with colors that are specially designed for UEFA Euro 2016. The plane, which strengthens THY'S recognition internationally, has already hosted football enthusiasts from the United States, Europe, the Middle East, Asia and Africa. With the objective of boosting the campaign's impact on fans, THY has signed an agreement with Hollywood's famous video clip director Grady Hall to shoot seven different commercial films, which brings football professionals together with the in-flight experience that THY offers.

Ahmet Olmuştur, THY's deputy general manager in charge of marketing and sales, said the campaign has been specially designed for UEFA Euro 2016 and for football lovers who constitute the essence of the tournament. "With comprehensive diversity including a microsite, television commercials, a specially painted plane and free tickets, THY is providing an opportunity to sport fans to share their passions with other fans around Europe," he added.
Last Update: May 24, 2016 1:25 am
RELATED TOPICS