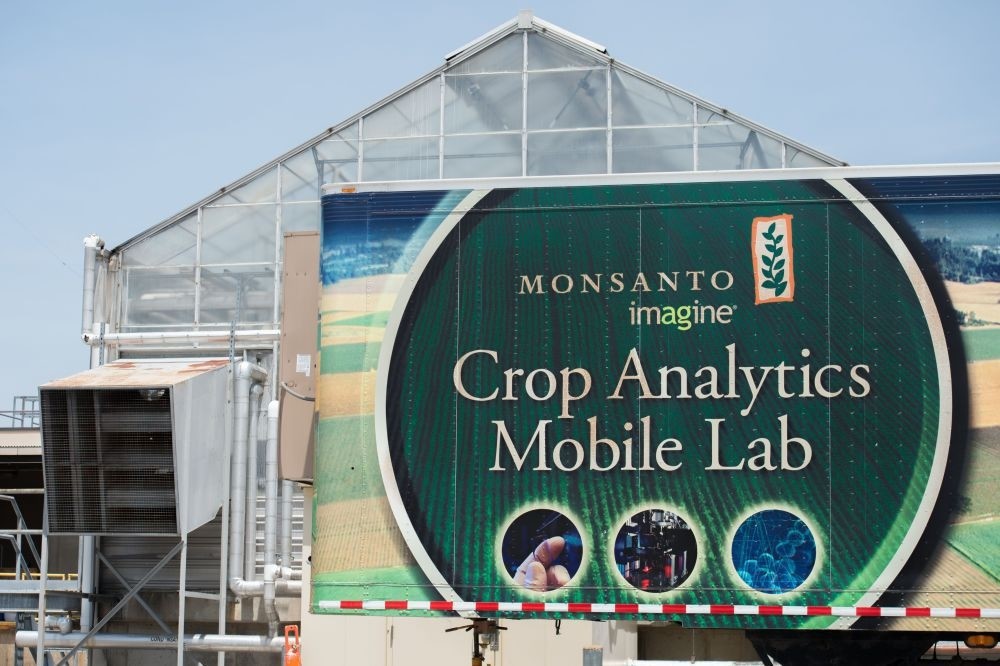 A building is viewed on the campus of Monsanto Headquarters in St. Louis, Missouri.
by Associated Press May 26, 2016 12:00 am
Monsanto rejected Bayer's $62 billion takeover bid, calling it "incomplete and financially inadequate."

However, the seed company suggested Tuesday that a higher bid might be accepted, saying that it remains open to talks. Bayer replied it is committed to completing the deal. Monsanto Co. Chairman and CEO Hugh Grant also said in a written statement that the initial offer failed to address potential financing and regulatory risks. Bayer AG, a German drug and chemicals company, made an all-cash bid that valued Monsanto's stock at $122 each. The company previously said that it planned to finance the acquisition with a combination of debt and equity, the latter to be raised largely by issuing new shares. It said late Tuesday that it is confident it can address any potential financing or regulatory issues related to the proposed deal.

A combination of the two businesses would create a giant seed and farm chemical company with a strong presence in the U.S., Europe and Asia. Both companies are familiar brands on farms around the globe. Bayer's farm business produces seeds as well as compounds to kill weeds, bugs and fungus. Monsanto, based in St. Louis, produces seeds for fruits, vegetables and other crops including corn, soybeans and cotton, as well as the popular weed-killer Roundup. After 2015's blistering global buyout pace, 2016 is shaping up to be a sequel. There has been more than $494 billion in global deals already in 2016, the third highest of all time, and 2016 is just behind 2015 so far.

The same drivers from 2015 exist this year. Mergers beget mergers, so when two companies in a sector combine, their competitors seek to do the same in order to compete. Low interest rates that make borrowing cheap, huge stockpiles of cash held by corporations, and a lackluster environment for organic growth continues to push global mergers.
RELATED TOPICS