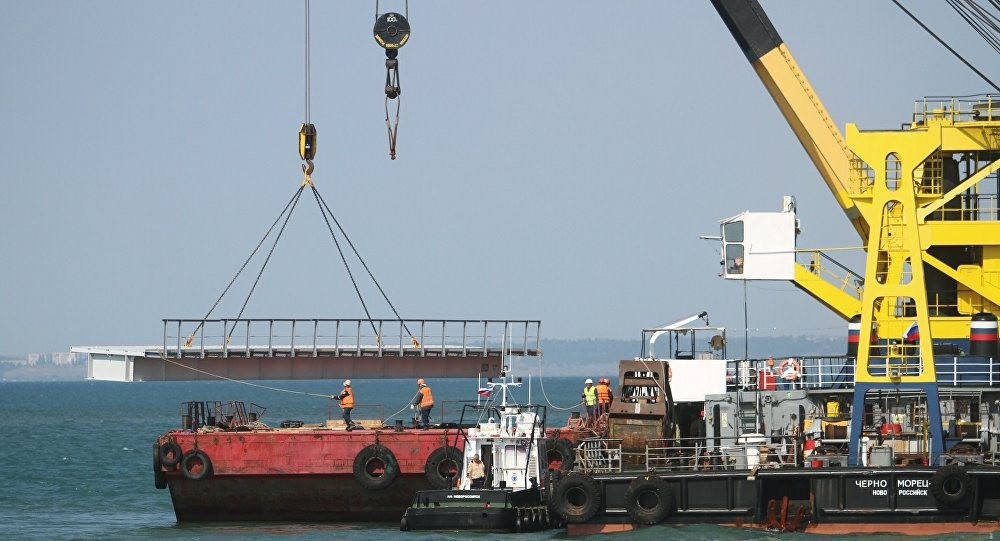 by Yunus Emre Kavak May 27, 2016 12:00 am
The Turkish cargo ship Lira, which collided with the piers of the working bridge between Russia and Crimea, annexed from Ukraine in 2014, has been in custody since March 19, the day of the incident. The uncertainty regarding the vessel's current situation is still ongoing.

Following the decision executed on May 25 to release the vessel from custody, the vessel was taken into detention again only a few hours later. The Turkish cargo ship, owned by Turkuaz Shipping Corp, collided with the piers of the bridge being constructed in the Kerch Strait between Crimea and Russia, set to be completed in 2018, causing great damage to the structure of the working bridge. However, it was later announced that the damaged structure was a support bridge used for cargo delivery during construction.Allegedly causing $522,000 worth of damage, the vessel has been moored in the port of Taganrog in Russia since the day of the incident. After Turkuaz Shipping paid the required compensation, the vessel was released on May 25.

Russian Federal Road Agency (Rosavtodor) later announced that after the amount designated in the agreement was paid, the lawyers of the construction owner SGM-Most Company, withdrew their petition and that the case was therefore closed. Only a couple of hours later, Russian Federal Marine and River Transport Agency announced a new statement suggesting a distress warrant was issued for the vessel.
RELATED TOPICS