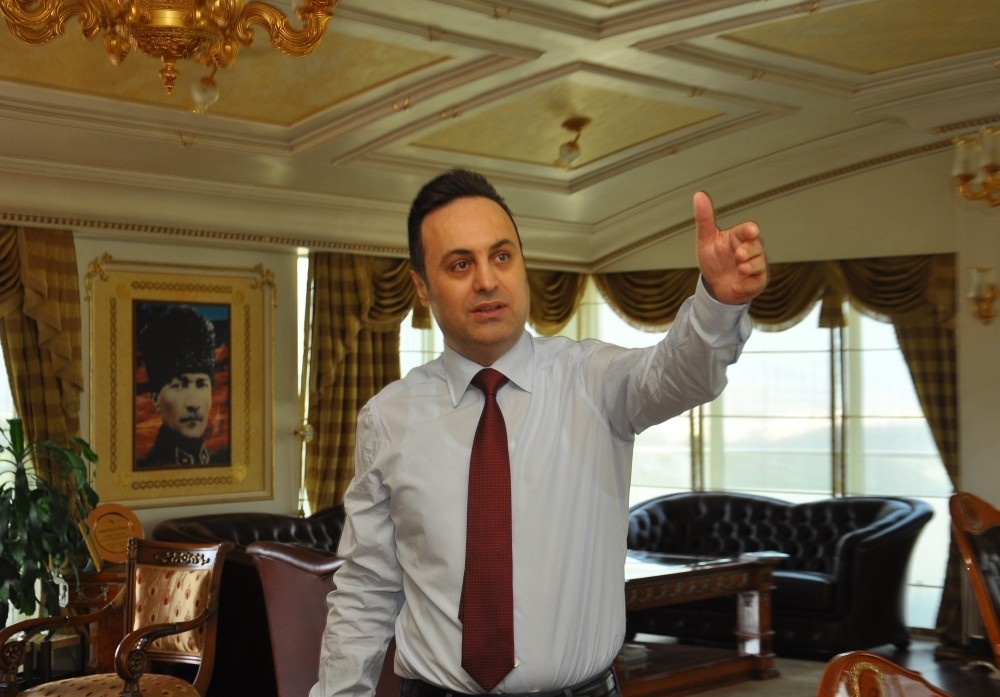 Ahmet Reyiz Yu0131lmaz, the CEO of Yu0131lmazlar u0130nu015faat, which has operations in Israel, said the Israeli Finance Ministry has unlawfully imposed a retrospective tax.
by Anadolu Agency Jun 04, 2016 12:00 am

Israel imposed a retrospective tax obligation worth $40 million on Turkey's Yılmazlar İnşaat, which has operated in Israel for 22 years. According to CEO Yılmaz, this practice is unlawful and wrong in the light of the normalization process of Turkish-Israeli relations

Ahmet Reyiz Yılmaz, the CEO of Turkey's Yılmazlar İnşaat, which has operations in Israel, said the Israeli Finance Ministry has unlawfully imposed a retrospective tax obligation of $40 million on the company, adding that he finds this unlawful practice very wrong amid normalization talks between Turkey and Israel.

Yılmaz argued that the Israeli government might be trying to collect the compensation it will pay to Turkey from Turkish companies. Underlining that Israel should not violate law in its relations with a company that has been offering service for 22 years, Yılmaz said they face an unlawful transaction in a period when Israel seeks reconciliation with Turkey to export its natural gas to the country.

Despite this, a junior official from the Finance Ministry sent an order of payment to Yılmazlar İnşaat. Although the company objected to the order, the issue was brought to a local court which was not authorized to try the case. Referring to the agreement which granted tax exemption to the company regarding the Turkish workers it employs, Yılmaz said, "In accordance with the agreement which was signed between the Turkish Defense Industry Undersecreteriat and the Israel Defense Ministry-affiliated IMI company, any conflict should be brought to Switzerland's Zurich Court where the issue will be tried according to Turkish law. Israel's local courts does not have authority on the issue."

Arguing that Israel goes against the agreement regarding the prevention of double taxation between the two countries, Yılmaz said, "The Turkish Finance Ministry sent a notice to Israel saying that this practice regarding Turkish companies and their workers was completely unlawful and against the existing bilateral agreement and that it means discrimination. It asked Israel to stop this unlawful transaction."