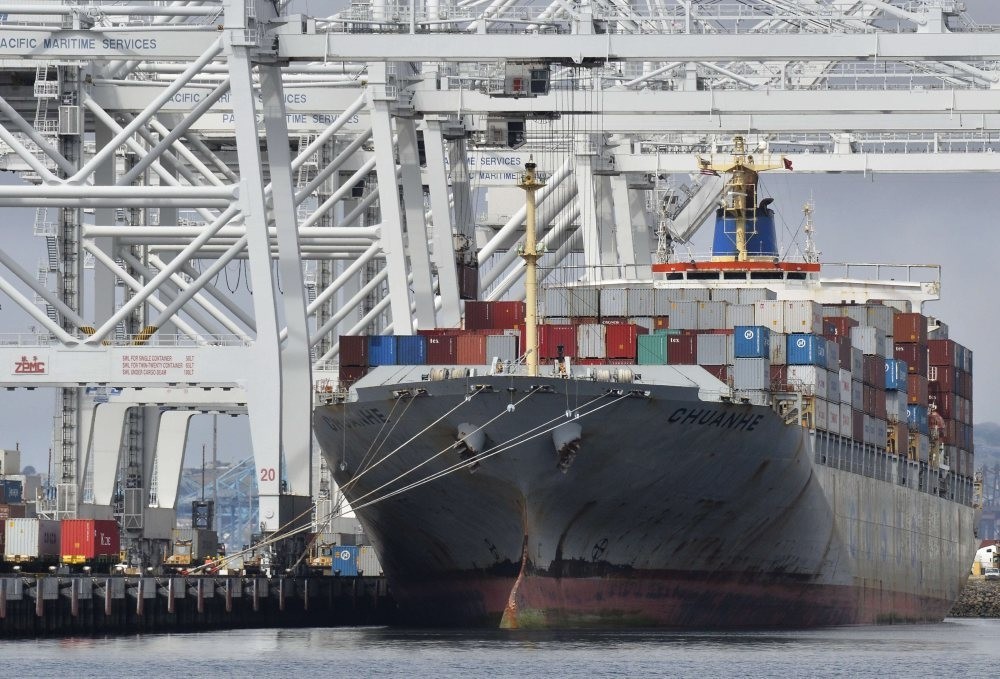 by Associated Press Jun 04, 2016 12:00 am
The U.S. trade deficit, after falling to the lowest point in more than two years, increased in April as a surge in imported goods outpaced a rebound in exports. The Commerce Department said Friday that the deficit increased 5.3 percent in April to $37.4 billion, up from an imbalance of $35.5 billion in March. Exports increased 1.5 percent to $182.8 billion but imports rose faster, increasing 2.1 percent to $220.2 billion. The politically sensitive deficit with China surged 16.3 percent to $24.3 billion, a development certain to heighten trade tensions between the world's two largest economies. So far this year, the deficit is running 4.8 percent below the pace set a year ago with a fall in imports offsetting further weakness in U.S. exports, which have been hurt by a slowdown in global growth.

U.S. export sales have also been hurt by a strong dollar which makes American products more expensive on overseas markets. However, the dollar has weakened a bit since peaking earlier this year. If that trend continues, it could help export sales going forward. The deficit for all of 2015 totaled $500.4 billion, up 2.1 percent from the previous year. The higher deficit subtracted 0.6 percentage point from overall growth in a year when the economy, as measured by the gross domestic product, expanded by a modest 2.4 percent.

Steven Ricchiuto, chief economist at Mizuho bank in New York, said that the April trade report was weaker than expected and would likely cause forecasters to trim their expectations for overall growth in the April-June quarter to a rate of 1.5 percent to 1.7 percent, down from 2 percent before the trade report was released. The U.S. deficit with the European Union totaled $11.9 billion, an increase of 9.3 percent from March.
RELATED TOPICS