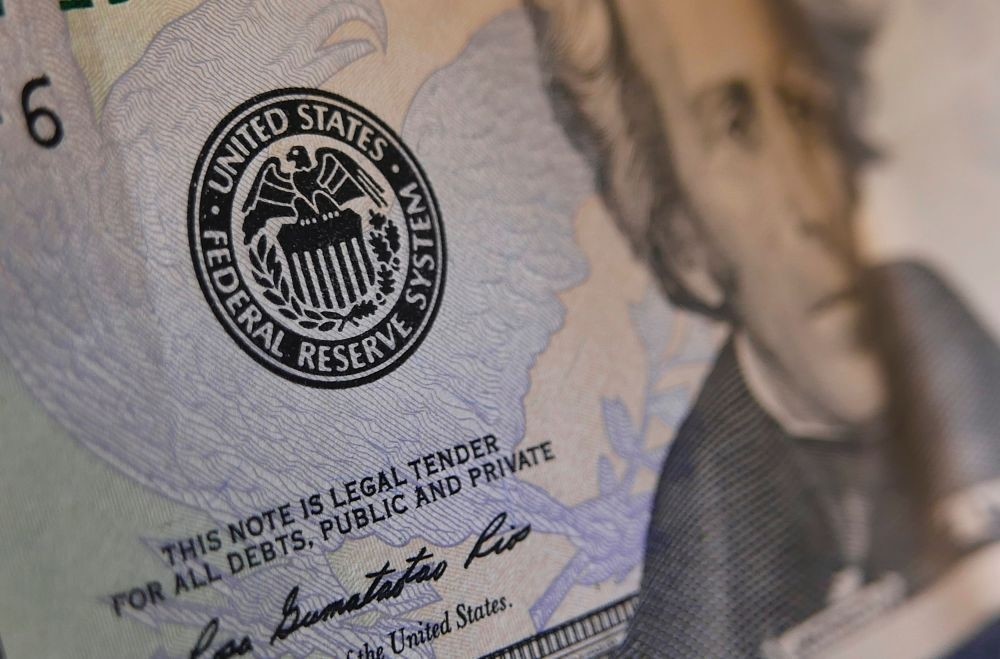 The seal of the Federal Reserve on a U.S. banknote. The Fed has signaled a rate hike could be possible at its June 14-15 meeting, although markets are betting the central bank it will wait until its July meeting.
by Anadolu Agency Jun 07, 2016 12:00 am

As the job market remains slow, the U.S. Federal Reserve is not expected to change the interest rates. American economists agree that no news of a hike will be reported this week

American economists agree that the U.S.'s non-farm payroll data for May, which led to disappointment in the markets, has eliminated the possibility that the U.S. Federal Reserve (Fed) might launch an interest rate increase in June.

Bovino stressed that the increase in non-farm employment, which has declined to 38,000, has caused disappointment despite all statistical abnormalities. She predicts that the Fed will not long play the waiting game, adding that they expect the Fed to keep interest rates stable at the June meeting, however it will not wait for long. Bovino expects the Fed to hike interest rates in July if new data shows that the U.S. economy continues to grow modestly and the uncertainty about the U.K. Brexit disappears.

According to Bovino, it is within the bounds of possibility that the Fed might hold a press conference after the September meeting and wait for another three months to launch an interest rate hike, in order to evaluate more data.

Bovino said she does not agree with the market expectations that the Fed cannot increase interest rates before 2018, adding that overall data indicates continued modest growth, which will bring the economy closer to full employment. "Therefore, I believe the Fed's next interest rate hike is just a few months away, not a few years."

Mott Capital Management's Portfolio Manager Michael Kramer said recent disappointing data has sent shock waves through the financial markets, adding that the low number of recently-created jobs will make it difficult for the Fed to increase interest rates in June or July. He said, "The data we have seen recently indicates that the economy has weakened. I still think that the Fed must be more active in finding new ways of invigorating the economy. Given the sharp movements in foreign exchange rates and bond yields, markets agree with me."

Underlining that the Fed will not ignore fluctuations in markets, Kramer agreed that the possibility of the Fed's interest rate hike this summer has faded away with Friday's employment report.

Moody's Analytics General Director Sophia Koropeckyj said non-farm payroll data for May was expected to be low because of the Verizon strike of nearly 40,000 employees, however, the net increase of 38,000 in employment has led to "great astonishment." Stressing that other data revealed in the recent period does not indicate a major change in economic activities, Korepeckyj said the data for May might be misleading for various reasons. She added, "While the report was being prepared, the level of participation in the survey was 74 percent, the lowest level over the past three years. This might be a clue for the weirdness of the data."

Koropeckyj said that this means that the U.S. might carry out major revisions over the next two months, adding that another clue is ADP's data regarding the private sector, which represents one-fifth of employment in the U.S., stands at a much better level of 173,000.
RELATED TOPICS