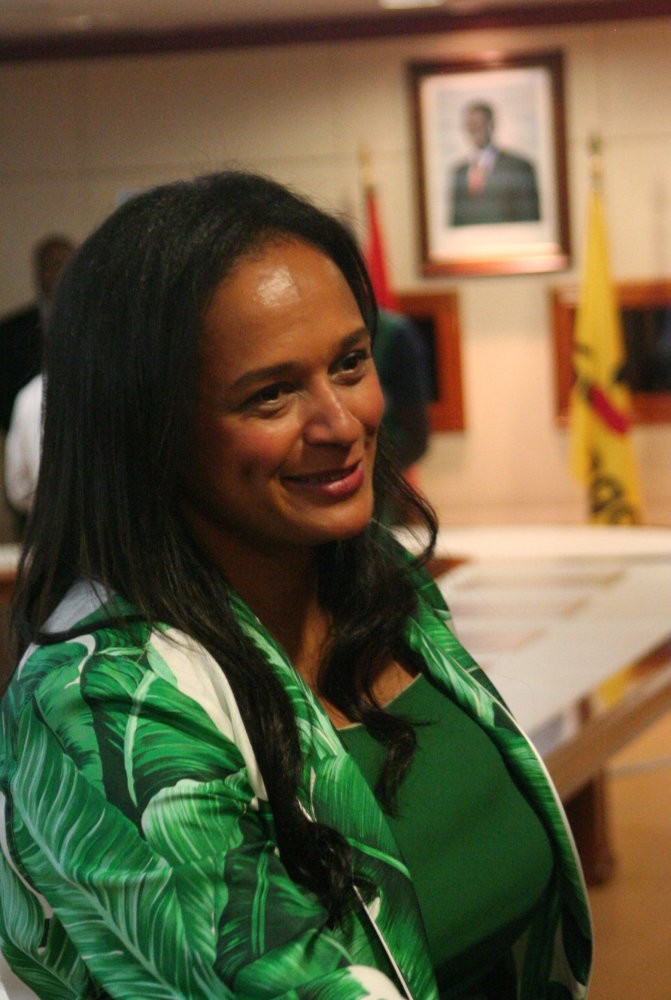 Now that Isabel dos Santos, Africa's wealthiest woman, has been named head of Angola's oil company she could soon be headed for more power - but this time in politics, experts say.

Her father, President Jose Eduardo dos Santos, appointed her last week as boss of state-owned oil firm Sonangol in a move that some analysts see as the first sign of succession plans for Angola's longtime ruler.

Nicknamed the "Princess," 43-year-old Isabel, has been ranked by Forbes magazine as the richest woman on the continent with a fortune of around $3 billion. Her appointment at Sonangol has political ramifications in Africa's second largest oil-producing country. The ruling MPLA party holds a crucial congress in August to elect its leadership and her authoritarian father appears to be winding down his own political career after announcing would not seek re-election in 2017. Her new powerful role at Sonangol may position her for political office in a country ruled by her father for 37 years.

"One of the ideas is that Isabel steps up as vice president... and then along the way she takes over," Marques told AFP.

Paula Roque, University of Oxford researcher on Angola, says the appointment of Isabel dos Santos "is a clear indication that the president wants to put in place a plan... to hand over power and concentrate power in the hands of his family."

"For the first time, the president has made a very overt move to show what he is planning. This is the first open step in the succession plan," Roque told AFP.

Three years ago President dos Santos appointed his son Jose Filomeno dos Santos to chair the country's $5 billion Sovereign Wealth Fund. He has also been tipped as a potential successor to his father. Most of Isabel's wealth is in stocks and shares in Portugal and Angola.

According to Marques, Isabel dos Santos owns billions of dollars worth of shares through GALP Energia, an offshore oil and gas giant, which belongs to Sonangol.

It is GALP "she used to become the richest woman in Africa," said Marques, adding she never paid for the shares. Born in Baku, Azerbaijan in 1973 where her father was studying, she grew up in London, where she studied mechanical and electrical engineering at King's College.

She moved to Angola in 1992 when her father secured a brief civil war truce with rebel leader Jonas Savimbi. Her first business venture was in 1995 when she opened a restaurant, Miami Beach, as a 24-year-old in Angola's capital Luanda. Four years later she won a bid to set up Angola's private mobile operator Unitel. From there she went on an investment spree - including the creation of BIC Angola bank. She now controls 19 percent of Portugal's fourth-biggest bank BPI and has bought shares in several Portuguese companies in recent years, including a cable television firm. She has also spread her banking empire into neighboring Namibia. Last year she bought 65 percent of Portugal's energy and electrical engineering group Efacec, prompting calls by five European Union parliamentarians to investigate the source of her funding. Critics say she amassed her vast fortune thanks to the state and backing of her father. But in an interview with the Wall Street Journal early this year, she denied being bankrolled by the government. "I'm not financed by any state money or any public funds. I don't do that," she said. "I'm tremendously independent, I always had this wish to stand alone and not be in my parents' shadow."

The mother of three is married to art collector and businessman Sindika Dokolo who is from the Democratic Republic of Congo.
RELATED TOPICS